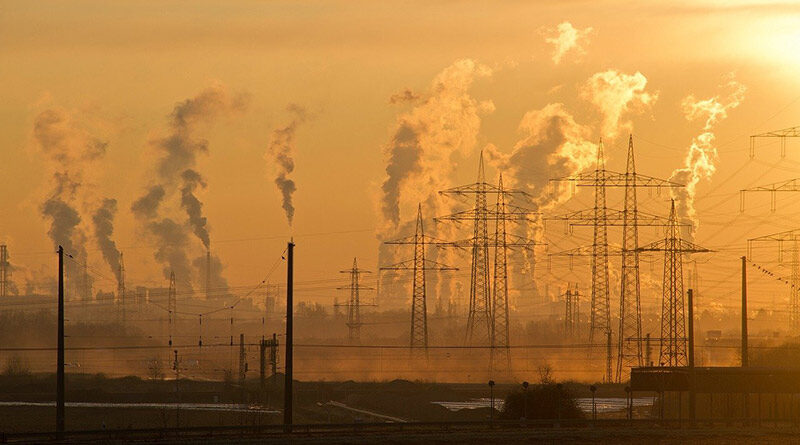 Air pollutants are extremely small particles and gases in the air that can cause harm to people.

Particulate matter is a mixture of solid particles and liquid droplets from the burning of fossil fuels and nitrogen oxide also produced from road traffic exhaust.

Dr Susan Kohlhaas, Director of Research from Alzheimer’s Research UK, said:
“Dementia is not an inevitable part of getting older, but factors including age, genetics, and the environment all affect the risk of developing the diseases that cause it. Air pollution is linked to many adverse health conditions, and these findings add to the growing body of evidence suggesting this includes our risk of diseases like Alzheimer’s.

“With one in three people born today expected to develop dementia in their lifetime, there is a pressing need to identify, understand and develop interventions against risk factors for the condition. Good brain health should be a focus throughout life to reduce the risk of dementia and working towards cleaner air for all should remain a critical public health goal.”

Research from the University of Washington shows a relationship between air pollution and levels of the hallmark Alzheimer’s protein, amyloid, measured in the blood of people aged 75 and older.

In a study of 3,029 volunteers, researchers used addresses of people built up by a credit reporting company to investigate the levels of pollutants (particulate matter, coarse particles, and nitrogen oxide) volunteers were exposed to over a period of up to twenty years before providing samples of blood.

In the study, researchers found increased exposure to pollutants was associated with an increased amount of amyloid in the blood.

Commenting on this study, Dr Susan Kohlhaas from Alzheimer’s Research UK, said:
“The build-up of amyloid in the brain is a hallmark feature of Alzheimer’s and is a key target for drugs in development for the disease. While the association between high levels of air pollution and levels of amyloid isn’t new, this study looked at people’s exposure to air pollution over many years rather than at a single point in time.

“One of the difficulties with studies like this is that scientists are unable to consider how much time people spent outside, at work, or living at another address during the period scientists measured people’s exposure to pollution.

“The findings suggest a link between air pollution and changes associated with Alzheimer’s, but not whether people went on to develop the symptoms of dementia.”

Three separate studies from the University of Southern California, show that American women between the ages of 74 and 92 living in areas where air quality improved over time had fewer memory and thinking problems.

The researchers measured air levels of particulate matter and nitrogen oxide between 1996 and 2012. In those living in locations with the greatest reduction in air pollution, the rate of decline in memory and thinking skills was slower.

Speaking about the research, Dr Susan Kohlhaas, Director of Research at Alzheimer’s Research UK, said:
“This research suggests that if we can improve air quality it will have a positive impact on people’s cognitive health. As well as working towards cleaner air in our cities, we should also investigate the possible biological mechanisms underlying this relationship to see if there may also be other ways to mitigate this potentially important risk factor.

“While these studies did assess exposure to pollution a decade or so before researchers assessed memory changes, understanding exposure throughout life could help strengthen the evidence for future studies of this kind.”

Scientists from University of California San Diego presented research looking at the reduction in pollution levels, this time in three cities in France, between the years of 1990 and 2000.

Following 7,051 participants over 12 years, the scientists found that a reduction in particulate matter in this time was linked to a reduced risk of all types of dementia.

The team then used computational approaches to see how reducing pollution rates across other areas could reduce dementia cases.

Dr Susan Kohlhaas, Director of Research at Alzheimer’s Research UK, said:
“In this encouraging study, researchers found that a reduction in pollution levels was linked with fewer dementia cases. With only a very few drugs available to treat people with dementia, it is important to explore every avenue that may limit the number of us who will develop it in the first place.

“At an individual level, we can all take important steps to support a healthy brain – we can control our diet and levels of exercise, but there is very little we can do about the air we breathe. The government has a particularly important role to play in this aspect of public health. Over 55 million people in the UK live in urban areas and air pollution can impact multiple aspects of our health, so improvements in air quality could have wide-ranging and far-reaching benefits.

“Future work should concentrate on enabling cleaner air for all and this will require the focus of public health not only here in the UK but globally.”