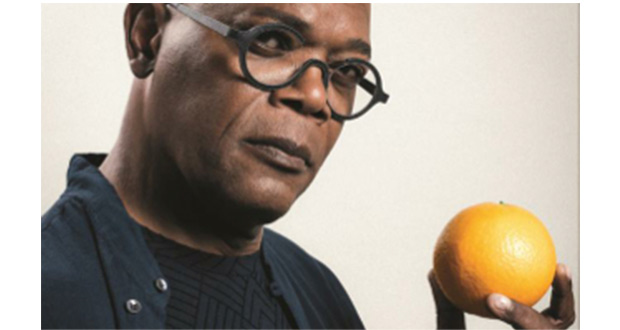 Dementia is a condition caused by physical diseases in the brain, most commonly Alzheimer’s disease. This is the message at the heart of Alzheimer’s Research UK’s award-winning awareness campaign, #ShareTheOrange. Leading Hollywood actor Samuel L. Jackson stars in the charity’s latest video, released this World Alzheimer’s Month (September).

Although researchers know many of the brain changes that lead to dementia, diseases like Alzheimer’s are complex and involve multiple different biological processes. While the hallmark Alzheimer’s proteins, called amyloid and tau, have been the major focus of research into the disease, drugs that target these proteins have yet to show a benefit to patients in clinical trials.

Prof Stephen Wharton from the University of Sheffield is capitalising on new understanding of the disease and is pioneering research into so called zombie cells. These are cells that are damaged but instead of dying, persist in the brain without carrying out their normal activity

Prof Wharton has now received £310,000 from Alzheimer’s Research UK to study these zombie, or ‘senescent’, cells.

Using samples of brain tissue, Prof Wharton will identify senescent cells and see how they affect the brain and the processes that cause dementia. The three-year project will provide a greater understanding of these cells and could lead to new approaches to treat dementia.

Prof Stephen Wharton, from the University of Sheffield, said:

“These so-called zombie cells are not well understood in dementia. They had once been seen as harmless bystanders, but recent research has strongly implicated them in damage to the brain.

“By comparing levels of these cells to brain changes involved in diseases like Alzheimer’s, and studying the molecular processes affected by these cells, we will gain crucial new understanding of the role they play in dementia.

Dr Kurt De Vos will lead a second project also funded by Alzheimer’s Research UK. The three-year project, also being supported with over £300,000 of new funding, will look at the connection points between nerve cells in the brain. Dr De Vos will take a close look at the role of the cell’s waste disposal system during frontotemporal dementia, the most common cause of dementia in people under the age of 50.

“Dementia affects 850,000 people in the UK including around 60,000 in Yorkshire alone. The condition is not an inevitable part of getting older but the result of diseases that damage the brain. Pioneering research underway in Sheffield is helping to unpick the complex causes of dementia and driving progress towards new treatments for people living with the condition.”

“So many people up and down the country have been sharing our #ShareTheOrange campaign to raise awareness of the need for research so it’s fantastic to be able to be supporting so much new research in Sheffield. To help make breakthroughs possible and register your interest in joining a community fundraising group contact Claire Preistwood on 07799 902 428 or email claire.preistwood@alzheimersresearchuk.org.”