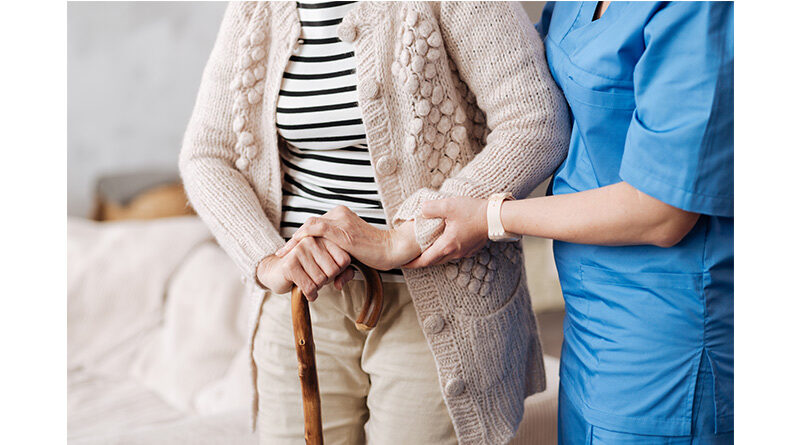 Of the £36 billion the new UK-wide health and social levy will raise over the next three years, only £5.4 billion is to be ringfenced for social care in England. As councils plan their service budgets from April, the LGA said many are increasingly concerned that the funding allocated for reform falls far short of the likely costs involved.

The introduction of a ‘fair rate of care’ that councils will pay providers and tackling the issue of self-funders paying more for their care than those who access support at the council rate will be particular issues going forward.

Without adequate funding to deliver these proposals, the LGA said some councils will face a battle to balance budgets, worsening existing pressures and running the serious risk of impacts on the ability to deliver timely and quality care to those who draw on it.

Adult social care would still face a funding gap for current services, increasing each year due to inflation and other costs even with these reforms fully funded. This is without considering the immediate need to address unmet and under met need on these overburdened systems. Adding unfunded reforms to an ongoing financial and service delivery crisis would be catastrophic for social care.

Alongside adequate funding to meet the ambitions in the reforms, councils also need urgent clarity on their detail. The LGA is calling for government to work closely with councils on detailed costings and publish at the earliest opportunity its consultation on the associated guidance.

“As councils work through the Government’s adult social care proposals and attempt to set balanced budgets from April, it is becoming increasingly clear that funding allocated for them through the new Health and Social Care Levy is likely to be insufficient by some margin.

“This is shaping up to be one of the biggest financial risks councils face in the coming spending review period and we should not underestimate the potential for underfunded reforms to tip them over the financial edge. There is much to support in the Government’s vision and proposals, but they run the risk of falling at the first hurdle if they are not matched by the necessary funding, to turn them into reality.

“As well as potentially derailing the reforms themselves, inadequate funding also runs the risk of further destabilising existing services, with clear consequences for the ability of people who draw on social care to live the lives they want to lead. It’s crucial the government recognises this, steps up and works with us.

“Unless action is taken, people may experience reductions in quality and availability of care and support services, while at the same time paying more for them through the new health and social care levy and increased council tax.”

“We’re working to try and bring certainty to the modelling we’ve developed but these proposals have the potential to destabilise the entire Council. Certainly, with our current financial envelope this would mean that all Council funding would be focussed on high end adult and children’s services with no funding for any other services at all when all the evidence and research tells us that focusing on prevention and early intervention has the biggest long term gains.

“We’re gathering exact data but we believe about 80 per cent of those receiving social care in the area are fully self-funding. This means on top of issues about market stability and cross subsidy we would see a 400 per cent increase in clients being assessed and costs tracked. All told the total increase in cost and loss of income is estimated to be just over £20 million.”

“Our current case numbers are 1,800 older people at any one time but the ‘churn’ throughout the year is over 2,000.  An increase in potential caseloads will also come with a need to increase resource across a number of roles in the council to cope with such dramatic increases in demand. These roles are already hard to fill and this will exacerbate that problem. The worse thing is that none of this additional cost is about improving services or quality of life for people”

“The numbers on this are truly frightening. If the plans aren’t changed, our council alone is facing extra costs of about £29 million – more than 20 per cent of our total budget. Frankly, I have no idea how we could afford that staggering cost and so we need an urgent conversation with the Government to make sure they understand the issue.

“We’ve joined neighbours at Royal Borough of Windsor and Maidenhead Council to write to the Government and are hoping to bring more authorities in to this as we raise awareness of the situation – we’ll continue to push on this and want to work with the Government to find good long-term solutions on adult social care.

“We are in favour of radical national reform to create a fair system – including a funding cap that protects people’s hard-earned savings. But the current proposals would put a burden on us and many other local authorities that cannot be borne.

“We believe we and other local authorities can help the Government achieve the aim of ‘solving the social care crisis once and for all’ with a strong, properly-funded system that focusses on preventing problems and keeping people well without burdening individuals with huge costs. And the first step is a proper conversation with them.”

“We have already started planning for the introduction of these reforms and considering the potential cost of their implementation. The estimated costs are based on assumptions about how many people will benefit, to what degree and for how long; however, we don’t yet have the complete picture. For example, we do not hold information on how many Wiltshire people aged over 65 have assets between £23,250 and £100,000 and will therefore benefit from this change to the means test.

“We also don’t have details on how the government intends to distribute funding for the reforms, or how much funding will be available nationally after 2024/25. As a council we already spend over £36 of every £100 on adult social care. Based on the planning assumptions we have made, we estimate the cost of the reforms will be £39m in 2024/25, which is the first full financial year following the introduction of these reforms and the last year of national funding for the reforms.

“We estimate the cost to rise to £61m by 2026/27, when we expect the cost of the reforms to plateau. Based on the current needs formula funding distribution, we could expect to receive £15m to fund those reforms, leaving a gap of £24m in 2024/25. It’s also important to add that within these overall headline figures is an estimated cost of £9.5m for implementing what is referred to as a fair cost of care, against a projected £4.5m of grant funding. This reform alone looks set to cost the council £5m.”