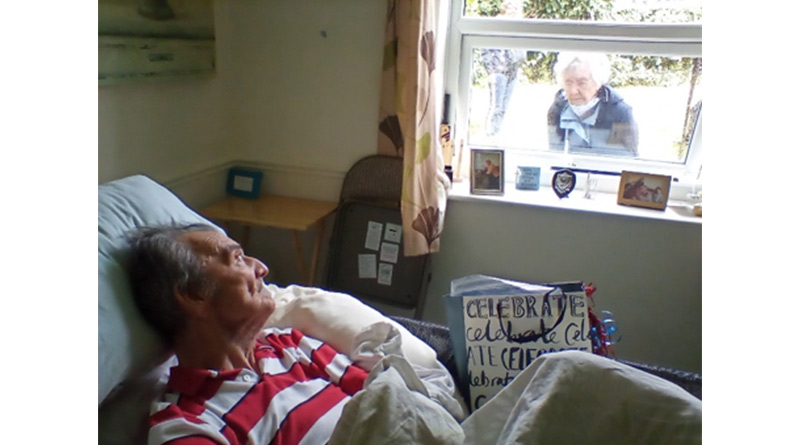 Wellbeing Coordinator, Sarah, wanted to make sure this day was as special as possible, even with lockdown meaning they were unable to give each other a hug.

Prior to the day, Sarah helped Billy create a card to give to Doreen, along with a framed photograph of some of Billy’s special memories of him and his wife over the years.

Billy’s wife Doreen came to see Billy through the window so they could celebrate their special day together. Doreen brought gifts for Billy and was overwhelmed to receive hers from him too, it was a very touching moment.

Billy’s wife Doreen said “I was overwhelmed by the kindness from the home and all the staff.”

The team at Appleton Manor gave Billy and Doreen a card and bunch of flowers to congratulate them on 65 happy years spent together.

Wellbeing coordinator Sarah commented “This was a very emotional day, being able to be a part of it was so special.”

Sarah has also now put together a photo album of the pictures taken on their wedding anniversary, so Billy and Doreen will have even more memories to look back on together when they can finally reunite properly.