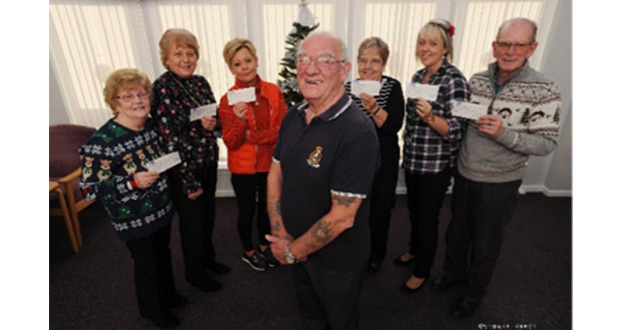 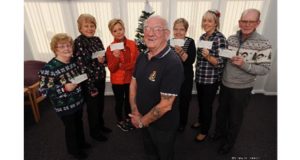 A 75-year-old West Lothian pensioner has raised over £7,000 for local Alzheimer’s and dementia facilities by taking a dip in his local pool.

An ex-military piper and formally of the 1st Royal Highland Fusiliers, John Thompson, who lives at Bield’s Craigengar Park in Livingston, successfully swam half a mile to raise funds for six local day centres in the West Lothian area.

Completing 32 lengths in 38 minutes, the swim has attracted the attention of other locals who have generously donated to the cause, ultimately raising a staggering total of £7,398.

John, who has lived in the West Lothian area for 45 years, has always been fit due to his military training. However in preparation of the swim, he trained for two months prior to the November event.

John said: “I used to be a good swimmer in my day but people were clearly worried when they heard about the swim.

“I found it funny that the manager of the Xcite swimming pool had three life guards on duty when I was the only one in the pool.

“I have received a lot of support from the local community, including my friends and neighbours at Bield and son who came along on the day to cheer me on.

“I am overwhelmed by the donations that have flooded in from friends, businesses and 23 local councillors.

“One man gave my wife a cheque in an envelope while she was at Almondell Country Park Visitors Centre and asked her to pass it on to me.

“We didn’t know how much the cheque had been written for and were very surprised when we opened it – my wife had been walking about with £1,000 in her purse all day.

“The money should go a long way in helping to support Alzheimer’s and dementia facilities in and around West Lothian.”

The money raised by John will be used to provide entertainment for the centres’ regulars, as well as for excursions and supervised days out.

Funds will also be put aside to decorate walls in the centres. For sufferers of dementia, colour and contrast is important for their independence as it allows them to differentiate between specific features and facilities.