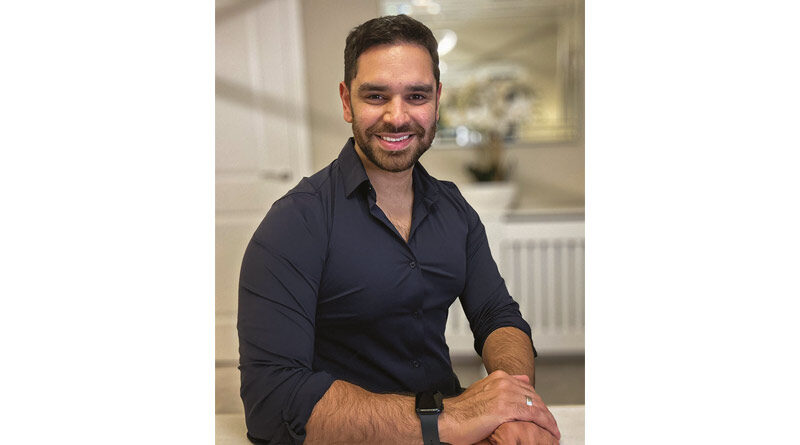 Complaints are commonplace in the care sector, but how different settings and homes deal with them can be very different. Here Ali Al-Mufti, owner of Aria Care Home in Newport, South Wales, explains to The Carer how a friend’s complaint about his iPhone 4 left a lasting impression on him and how to deal with complaints that he has taken into his work in social care.

Many years ago, a friend of mine had a problem with his old iPhone 4. It was a fairly common problem with that specific model, it never had signal. So like millions of other people around the world, we headed into the nearest Apple store together to get it resolved. But for anyone familiar with their ultra-slick stores, you needed to book an appointment to be seen for any device faults.

Upon arriving and presenting the problem, you guessed it, my friend was told he couldn’t be seen and would need to arrange a time to come back. Within seconds he was asking to see a supervisor for such a ridiculous policy.

We were ushered onto on a couple of high stools and waited for someone more senior to arrive a short while later. He (let’s call him Steve) leaned over from the other side of the desk and introduced himself, shaking both of our hands. As my friend began his complaint Steve stopped him suddenly and said, “hang on, let me come around that side so I can listen better.” He quickly swung around and sat on the stool next to us, relaxed, hands on his legs, and again leaned in. “That’s better.”

Everything Steve did after that left an everlasting imprint on me, 24 years old, observing the whole thing and hooked on every word, gesture, facial expression. It was a symphony of conflict resolution.

His first words were, “I’m very sorry.” Not, “I apologise” or “I’m sorry to hear that,” but “I’m very sorry.” A difference so minor, it was perhaps unconscious, but it was human. It felt personal. He continued to calmly explain the stores’ policy, using words like “we” and “our.” He gestured with his hands, careful to explain each point clearly and in the most comforting tone imaginable, careful to never once come across as defensive. My friend and I sat there immersed in the marvel of a maestro at work.

You have to remember that as a store – or in our case a care home – many complaints we often receive we’ve heard thousands of times. They’re not new to us. The longer we’ve been in our role the more we risk being de-sensitised to a complaint. It’s easy to fall in the trap of treating a complaint about a resident’s cardigan shrinking the wash, for example, as no big deal.

But what Steve taught me that day was that even though he’s probably heard that exact complaint thousands of times, he still treated my friend like he was the only person in the world. He sat with him, listened intently, spoke to him with compassion and empathy, explained without being defensive, and made sure he was heard.

Ultimately when a person raises a complaint they want to know that they’ve been heard. That they’re concerns have been listened to. Sure, there are mistakes that need to be resolved, the outcome is a vital part of the process, but it’s often the easy part. Going back to the shrunken cardigan example, anyone can replace an item of clothing. But the manner in which you do separates great people from great process. High EQ from high IQ.

Nowhere is this philosophy more crucial and sacred than in a care setting. We don’t deal in smartphones; we’re dealing with human beings. The lives of residents and their families. Everything is deeply personal. Nothing is trivial. Everything matters. and so is the way that we as care givers and care home managers deal with it.

Apple spend millions of dollars on training their team this way, and I was fortunate enough to get that education for free all those years ago. That Apple employee managed to show a customer that they care about their troubles, however minor. As care providers we need to show that a thousand times over in a compassionate, kind and sensitive way. Body language, eye contact, gestures and language are key.

Complaints are our greatest opportunity to help others. They can cultivate relationships and reputations. They’re our time to shine, to be the best version of ourselves.

A complaints policy doesn’t need to be exclusively about taking notes, gathering evidence, investigations, outcomes, and ticking the boxes as you go along. It can – and must – be about one human being taking the time to listen to another.

As for Steve, he managed to squeeze my friend in an hour later and replaced his phone for free. It was a masterclass in in emotional intelligence, one that I’m forever indebted that I got to witness for free.