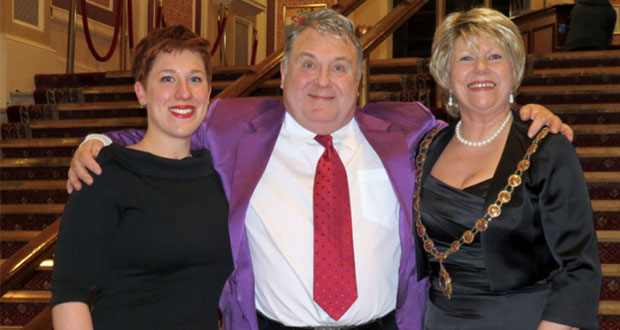 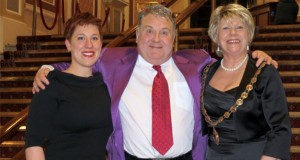 The black-tie event, organised by Linda Levett, National President of Foresters Friendly Society, saw 220 people come together for a dazzling evening of music and dancing in support of the UK’s leading dementia research charity.

Each year Foresters’ elected National President for the year, known as the High Chief Ranger, chooses a charity for the Society to support. Linda Levett from the Southern Home Counties Area is High Chief Ranger for 2015/16, and nominated Alzheimer’s Research UK as a cause close to her heart, having nursed her mother who had dementia. The partnership aims to help improve awareness and understanding of dementia while raising as much as possible for the charity’s vital research.

The event, which took place on 16 April at The Floral Hall in Eastbourne, saw members don their best suits and ball gowns to enjoy a banquet, dancing and a raffle that helped boost the fundraising total. As the guest of honour for the evening, Russell Grant spoke of his reasons for supporting Alzheimer’s Research UK, having lost his beloved grandmother to Alzheimer’s disease.

“I had a wonderful time and I’m delighted by how much was raised for Alzheimer’s Research UK – a charity which is very close to my heart. I’d like to congratulate Linda for putting on a fabulous evening and for supporting the vitally important work of the charity. We’ve got to find a cure and I will support anything that brings that day forward.”

“It was fantastic to be able to welcome Russell to the ball – he made the event extra special and by sharing his story, he really helped people to understand the impact dementia has on families. Overall it was a wonderful evening, with a full dancefloor and a great atmosphere. I am delighted that so far Foresters has raised over £50,000 for Alzheimer’s Research UK, and hope to raise much more for this important cause over the coming weeks.”

“This was a spectacular event and we’re thrilled that so much was raised on the night – we’re hugely grateful to Foresters members for their contributions and to Russell Grant for his support. The money raised will be able to provide vital equipment and resources for our scientists, helping to bring much-needed new treatments and preventions closer.

“With 850,000 people living with the condition in the UK including over 10,000 in Sussex alone, dementia causes untold heartache for countless families. Investment in research is vital if we are to find treatments that can make a difference to people’s lives. We rely on donations to be able to fund our research, and it’s thanks to the support of businesses like Foresters Friendly Society that we’re able to continue our work.”