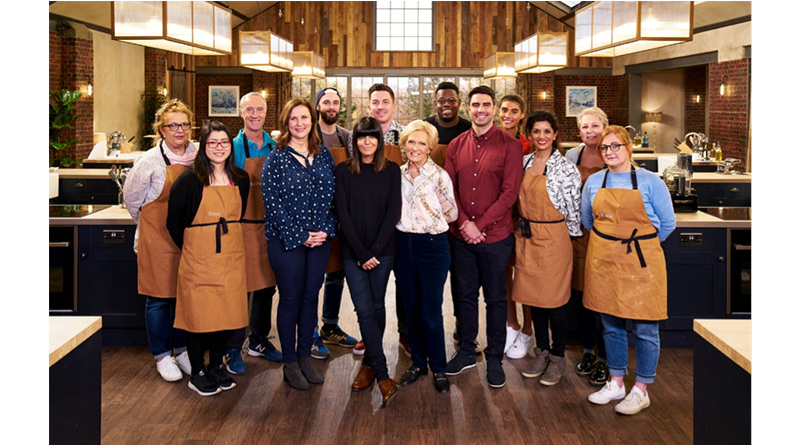 Best Home Cook has returned to the nation’s TV screens and a very familiar face has already won the praise of Mary Berry with his perfect pear upside down cake, with her describing the cake as with her saying “it is a bit of alright” and “first rate”.

Roy Watkinson, maintenance supervisor at St Monica Trust is one of 10 amateur cooks on the TV show which sees them sharing a house together, with a contestant being eliminated from the show every week.

The show is hosted by Claudia Winkleman and the judges are Mary Berry, Michelin-starred chef Angela Hartnett and co-presenter of Eat Well for Less, Chris Bavin.

Mr Watkinson, said: “Being in the show is so completely different to anything I’ve ever done before. I think of myself as quite a shy, unassuming person and to be thrown into limelight, surrounded by TV cameras, sound engineers, Claudia Winkleman and Mary Berry is a bit different from my day job.”

He gets his passion for food from his mum who worked as a chef. “I’ve always loved cooking and find it very relaxing. I’m usually the first one home from work and tend to make all the meals at home, which my wife is very happy about! I love cooking pasta and lasagne is a big favourite with everyone who comes to visit.”

Mr Watkinson, who lives in North Bristol with his wife and two children, was inspired to apply for the show after seeing an advert for contestants at the end of one of his favourite cooking shows. “I thought, “why not?””. I sent in an application form, then there was a telephone interview, followed by local audition and then a London audition.

“Initially, it was a case of “let’s see what happens.” At each stage I thought I’d done really well to get that far and was always convinced I wouldn’t go any further. To make it through to the show itself was amazing.”

Each week, the cooks are faced with two challenges and those who fail to impress the judges are picked to take part in the dreaded Eliminator challenge, which decides who leaves the competition.

This week Mr Watkinson survived the Eliminator challenge and lived to bake another day.

“Being thrown in together with ten other people at the start was brilliant. From a cooking point of view it just made me want to cook even more. When I see the things the other guys cook, I think “Wow! Why can’t I cook that?”

“The experience of being part of the show has made my passion for food even stronger and I hope it inspires guys my age who think they can’t cook to give it a go.”

Best Home Cook is on BBC One Thursdays at 8pm and is available to watch afterwards on BBC iPlayer.