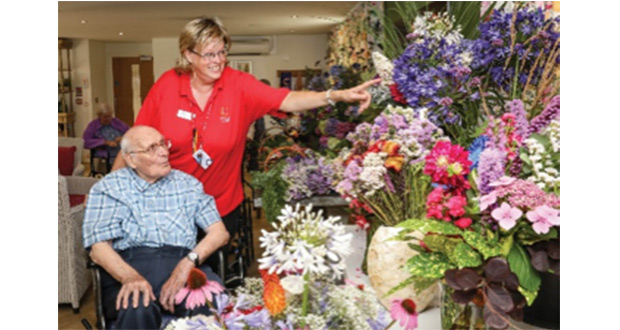 An inaugural produce show involving all 21 Colten Care homes in the South of England has been hailed a great success.

About 500 residents took part in what is set to become a new annual favourite on the Colten calendar.

They chose to enter up to 24 separate show classes ranging from designing a garden gnome, to representing a home, ‘Spud in a bucket’, the most potatoes, by weight, and grown from seed.

Other classes included making edible preserves from produce grown in a home’s garden to making an animal from fruit or vegetable, and flower arranging.

Charles Hubberstey, Colten Care’s Head Gardener, said: “It’s been fantastic to see how residents, staff and relatives have taken up the shows with such enthusiasm.

“The classes really brought out the creative and artistic spirit of our residents, as well as competitiveness, and also engaged everyone at not just the individual homes but across the whole Colten Care family.

“The project has been a lot of hard work but tremendously rewarding and we will certainly be repeating it in future years.”

Charles came up with the idea of organising a Colten Village Produce Show after visiting his village show in Pilley, Hampshire, a year ago.

Residents began preparing for the shows earlier in the year. The hard work and activities came to a climax last month when three clusters of seven homes each exhibited their entries at Bourne View in Poole, Dorset; Brook View in West Moors, Dorset; and Belmore Lodge in Lymington, Hampshire.