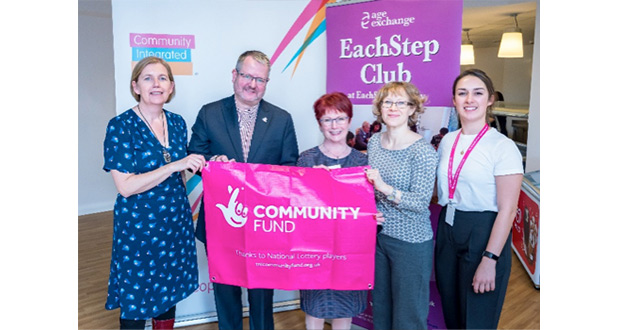 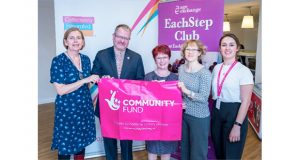 The former Labour MP, Hazel Blears, opened the launch of a pioneering new dementia service in Manchester on Friday, named the ‘EachStep Club’, that uses arts, creativity and reminiscence to transform the lives of people living with dementia.

The ‘EachStep Club’ launch was attended by people living with dementia, their carers and families, arts professionals from the local area, and colleagues from both Age Exchange and Community Integrated Care. Guests participated in a fascinating group activity session using creative approaches to engage people living with dementia, along with listening to inspiring speeches by Mark Adams, CEO of Community Integrated Care, Rebecca Packwood, CEO of Age Exchange and Hazel Blears, former MP.

Rebecca Packwood, CEO of Age Exchange said, “In two weeks’ time, we will have up to 30 people enrolled on the service, making friends and becoming a part of the community they’re in. Over the next 18 months that’s going to be 8,000 hours of support for carers and for people with dementia who otherwise would have been isolated at home.”

She continued, “This innovative initiative is ground-breaking and will change lives by bringing people together – we can’t wait for in 6 months’ time to see the joy on people’s faces for being a part of this club.”

Mark Adams, CEO of Community Integrated Care, commented, “We are incredibly grateful for the support of the National Community Lottery Fund – as without them this service would not have been possible. The Fund is a direct response to the findings of the Jo Cox Commission and aims to tackle loneliness and social isolation in the community.”

He continued, “We’re also absolutely honoured that Hazel Blears, previous member of parliament, local MP for Salford, and Chair of the Institute for Dementia at the University of Salford, is here supporting the service and would like to thank her for her contribution.”

Hazel Blears, said, “I’m privileged to be here today and to be in the company of so many people who all want to do the same thing – to make sure we do everything we can to help people to live well with dementia. This programme will be game-changing and I look forward to watching its progress.”