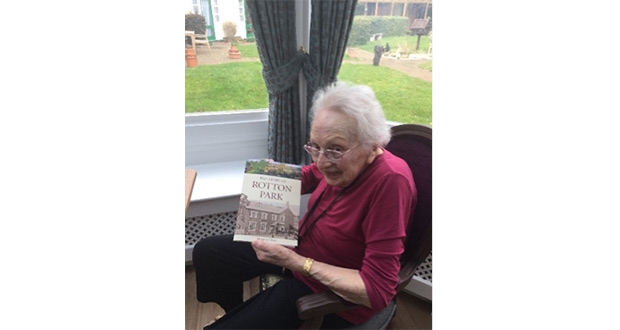 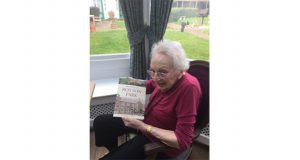 Margery Elliot, a 99 year old resident at Edgbaston Beaumont Care Home in Birmingham recently published her first book, “The Story of Rotton Park” after working on it for 10 years.

Margery, a resident at the home for 11 years, is also a 40 year Mensa member and used to edit Mensa newsletters, as well as many other local publications. A passionate student, Margery studied Natural Sciences at Cambridge, and later took a degree in French, German and Music from London University. More recently, she completed a Diploma in Birmingham Studies at the University of Birmingham.

The book, “The Story of Rotton Park”, published by Brewin Books, is about the history of Rotton Park Lodge where she grew up and the surrounding areas of Birmingham. Margery Elliott provides a detailed account of the Lodge, gardens and its environments including the former farm, Edgbaston Reservoir and Perrott’s Folly.

The non-fictional text includes biographies of people associated with the Lodge and their families, several of whom played a significant role in Birmingham’s history, and includes the rich histories of the author’s grandfather, James Richard Turner, who was a builder and prominent City Councillor who lived in the Lodge from 1903 to 1933, as well as her father, Edwin Elliott, who was founder and managing director of E. Elliott Ltd, manufacturers of injection-moulded plastic goods. The book incorporates numerous photographs and reproductions of old maps and documents. It offers a fascinating insight into the social history of Britain’s second city.

Debi Rogers, General Manager at the home, said: “We really proud of Margery for finally making her dream come true and publishing her book, it’s very exciting to have our very own resident writer here in Edgbaston Beaumont, her dedication and passion for her wonderful story is next to none. Margery an inspiration to us all that age is not a barrier to our dreams.”

Margery will be hosting a book signing on the 11th of April from 2.30pm at the home, where friends and neighbours from the home and from the community will be able to get their very own signed copy.