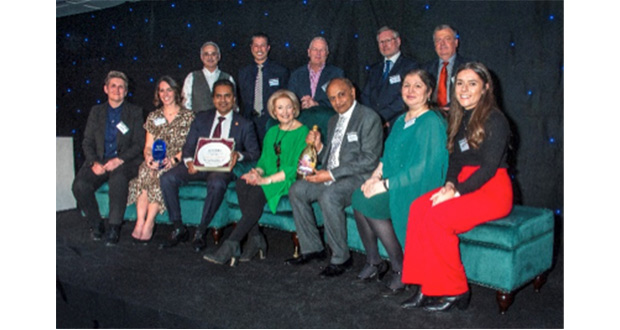 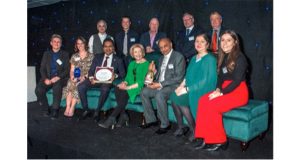 The provider celebrated its eighth Pinders award in nine years at the ceremony held at the Lancaster London Hotel in Westminster.

At the ceremony, Arlington Manor, Hallmark’s facility in Girton, Cambridge was awarded the ‘Best New Care Home’ title followed by the care group who scooped a surprise award for their ‘Outstanding Contribution to Care Home Design.’

The national awards established in 1999, seeks to acknowledge the contribution made by designers, architects and the owners of care homes, hospitals and other care schemes to the well-being and quality of life for those in their care.

Arlington Manor provides residential, nursing and dementia care and has facilities such as a hair salon, therapy room, cinema room and café.

Design innovations at the home include; a physio room, a musical room, a celebrations room which can be reserved for functions, a winter and summer terrace and an outdoor putting green.

Meanwhile, outside there are landscaped gardens designed by the late award-winning landscape architect David Fountain.

Hallmark Care Homes Chair, Avnish Goyal said: “We are absolutely delighted that the hard work and vision of the past and present team has been recognised over the last ten years, having 11 care homes in the finals, winning Best New Care Home eight times.

“The team are really excited about continuing to innovate for the future and are looking forward to the next 10 years.”

A panel of expert judges visited the home in February along with two of its competitors before coming to their decision.

Arlington Manor’s win follows in the footsteps of Hallmark Care Homes’ facility in Royal Tunbridge Wells, which was awarded ‘Best New Care Home’ at the 2018 ceremony.

Their facilities in Rugby, Brighton and Ipswich picked up the award in 2015, 2014 and 2013, leading on from their facility in Wokingham and in Essex which won awards in 2012 and 2011 respectively.