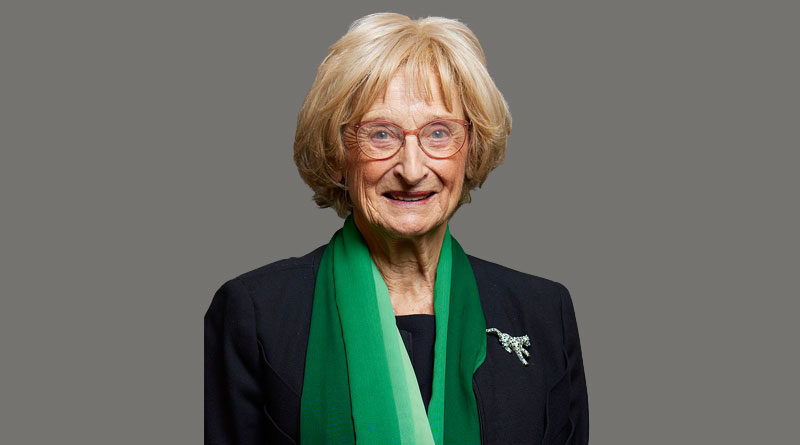 Baroness Sally Greengross OBE, who vigorously challenged ageism and campaigned to improve attitudes and policies towards older people, has died, leaving behind an “enormous legacy”.

Baroness Greengross had been a crossbench (independent) member of the House of Lords since 2000 and co-chaired five All-Party Parliamentary Groups on Dementia, Corporate Social Responsibility, Bladder and Bowel Continence Care, and Ageing and Older People.

In a distinguished career, she led a number of leading organisations representing older people including Age Concern England and recently retired as chief executive of the International Longevity Centre.

Professor Martin Green OBE, Chief Executive, Care England and Chair, ILC Trustees says:
“The death of Baroness Greengross has left everyone at the ILC deeply saddened and bereft at the loss of our inspirational leader, colleague and friend. We know that this news will also sadden everyone who was fortunate to have met her and we are thinking of Sally’s family and friends.”

“I am honoured to have worked with Sally for over 35 years. She has been one of the most influential figures in redefining how societies across the globe respond to demographic change and ageing. Sally’s passionate commitment to human rights and equality inspired all she met and underlined everything she has achieved.”

“Twenty-five years ago, while Director-General of Age Concern, Sally set up the International Longevity Centre-UK as part of the ILC Global Alliance.  As ILC’s Chief Executive and member of the House of Lords, she continued to work tirelessly to support government, business and the third sector to adapt positively to demographic change.”

“As we mourn Sally, we are filled with tremendous sadness. But she has left behind an enormous legacy, and we are committed to delivering her vision for a better world.”

Shirley Cramer, Interim CEO, Alzheimer’s Research UK, said:
“We are deeply saddened by the passing of the wonderful Baroness Greengross who, over many years, supported, advocated and influenced the work of Alzheimer’s Research UK. Today colleagues have spoken of Sally’s willingness to help others and her determination to tackle and raise awareness of young-onset dementia, whilst leading all-party efforts to help breakdown the stigma that has long blighted the condition.

It’s a testament to Sally’s energy and enthusiasm that she was involved in the APPG on Dementia for more than a decade, speaking passionately about the need to make urgent progress in this area. She leaves behind an enormous legacy, and as an organisation we remain committed to supporting her desire to drive progress in dementia research.

We send our sincere condolences to her family.”