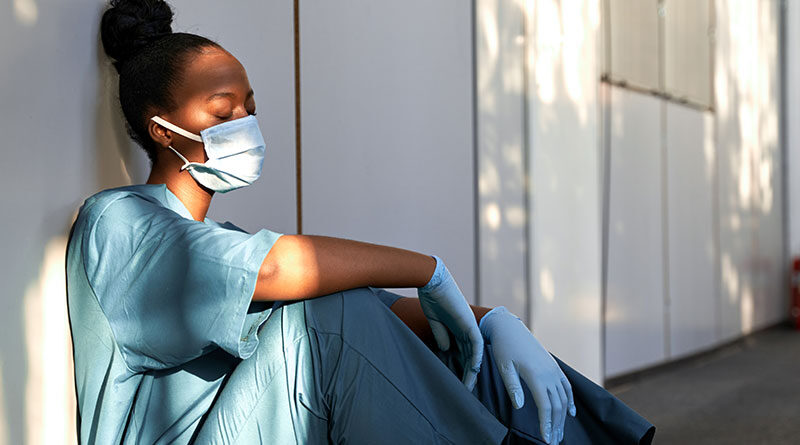 Lower-paid health and social care workers, who played a pivotal front-line role during the COVID-19 pandemic, experienced bullying, racism and harassment at work according to their evidence to an inquiry conducted by Britain’s equality regulator, the Equality and Human Rights Commission (EHRC).

Poor data collection by their employers could also be masking the extent of discrimination against them, according to the inquiry report.

The inquiry found that job insecurity in the health and adult social care sectors caused fear of victimisation among low-paid ethnic minority staff, particularly if they were to raise concerns. The findings highlighted that in England and Wales, ethnic minority workers were more likely to be employed on zero-hour contracts and job insecurity also contributed to the fear of victimisation and loss of jobs.

Launched by the EHRC in November 2020, the inquiry examined the experiences of workers from a range of ethnic minorities employed in lower-paid roles in the health and adult social care sectors across England, Scotland and Wales. Their roles included healthcare assistants, porters, cleaners, security staff and residential, home and personal care workers.

Work-related factors that may have contributed to their risk of contracting COVID-19 were also examined, such as hours worked, workplace culture, workplace training and policies.
The 67-page report exposes a lack of data about these workers, linked to poor levels of responsibility and accountability for them by the outsourced organisations that employ them. The report highlights that the missing data could mask the scale of discrimination against lower-paid ethnic minority workers in health and social care settings.

Baroness Kishwer Falkner, Chairwoman of the EHRC said:
“Health and social care staff, particularly those on the frontline, are among the heroes of the Covid pandemic. They faced significant pressure and risk in keeping us safe. Our inquiry found evidence that low-paid ethnic minority staff also faced discrimination and mistreatment in their workplaces.

“What is more troubling is that a lack of good data may allow discrimination to pass unnoticed. Robust workforce data is crucial so organisations know who works for them and what their employees’ experiences are, so they can take action to end bad practice.

“Our inquiry findings and recommendations will help equality and human rights law to be upheld. We will work with government, the NHS, local authorities, regulators and care providers to ensure that the working conditions of lower-paid workers in this sector are improved and that their crucial contribution to our health and our economy is recognised.”

Dr Lesley Sawers OBE, EHRC Scotland Commissioner, said: “There are currently significant reforms under consideration in Scotland, including the establishment of a National Care Service and the reform of equality duties for public bodies. These present real opportunities to put our recommendations into action and tackle the inequalities highlighted by our inquiry.

“We call on the Scottish Government and local authorities, health boards and health and social care regulators to work with us to help bring about the change required to improve equality in this vital sector.”

Eryl Besse, EHRC Wales Commissioner, said: “Our inquiry heard that ethnic minority workers in Wales lacked trust in workplace systems and feared negative repercussions if they raised concerns about work conditions. Some experienced barriers in accessing training opportunities or struggled to find out about basic entitlements such as holiday and sick pay.

“Our Wales briefing highlights several recent developments and upcoming opportunities to improve the working environment for ethnic minority workers in health and social care. Recent positive developments include action to pay residential and domiciliary care workers the real living wage and the publication by the Welsh Government of its Anti-Racist Wales Action Plan. But more will need to be done to address the concerns we identify.”