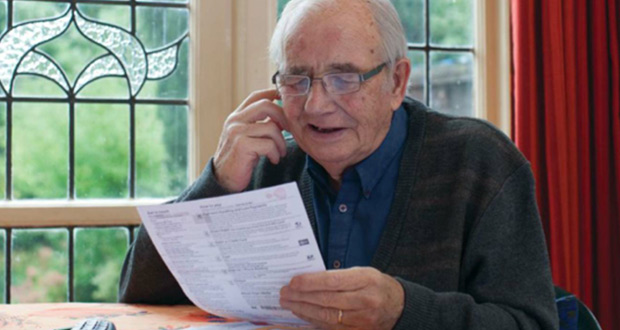 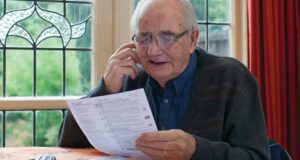 Age UK ‘mystery shopping’ finds offline older people at high risk of being excluded from claiming the benefits they are due.

Two-fifths of councils (41%) say Housing Benefit and Council Tax Reduction – two key benefits to which older people may be entitled – can only be claimed online, according to new findings by Age UK, despite there being nearly four million older people in this country without access to the internet.

Age UK carried out a ‘mystery shopping’ exercise following repeated complaints from older people and their families about being unable to access services and entitlements if they are not computer users.

The research involved phoning 100 local councils in England, picked at random, to ask what options people have if they want to claim help with their rent and council tax but are not online. The results, published today in Age UK’s new policy report Everything is online nowadays (PDF, 800 KB), were mixed but found that councils overwhelmingly pushed people towards claiming via the internet, even when it was clear they were not themselves computer users.

While councils often told the mystery shoppers that they could provide help, in some cases this was very limited. One said the caller could come to the office ‘where they will put her on a computer by herself’ – useless to someone who has never used a computer before.

Worst of all, around one in seven (14) local councils said they would only accept online claims and did not offer a face-to-face service that would enable someone who had never been online to claim. This leaves older people in need at risk of missing out altogether on financial help which they could really do with and to which they are legally entitled.

Some older people may have a computer literate friend or relative they can call on for help but not everybody is happy to share the personal information that may be required and it is important to remember that a significant proportion of older people live alone.

The researchers also found that even speaking to someone at the council to find out about claiming Housing Benefit and Council Tax Reduction could be a challenge, often involving a long wait, a series of complex push button menus and, on a few occasions, being cut off for no reason and having to call again.

Once through, staff attitudes varied with some being very helpful, setting out different ways to claim straightaway, while others were less forthcoming and heavily encouraged online claims, only mentioning other options when prompted.

Is it now time for new duties on public bodies to ensure offline access remains available?

Age UK is concerned that because so many older people are already reluctant to claim financial support, the pressure to make claims online for those who do not use computers may stop them from claiming at all.

This really matters because an estimated £3.8 billion in pensioner benefits including Housing Benefit goes unclaimed each year and there are still 1.9 million pensioners living below the poverty line, with around a million more just above this threshold who are struggling to make ends meet.

In an increasingly digital world, Age UK is warning that many older people who do not use digital technology are at increasing risk of being excluded from being able to carry out routine transactions that they have done offline throughout their lives. With official figures showing that 3.8 million people aged 65+ have never used the internet, Age UK is calling for all public bodies to ensure that services are accessible to all, with offline options such as paper forms and being able to make a claim over the telephone available for those who need them.

Age UK fully accepts that digital technology offers many benefits to people of all ages and encourages and supports those older people who wish and are able to get online to do so, but those who cannot or who do not want to should still be able to access essential public services in a way that suits them. In its new report, Age UK recommends that:

Commenting on the new report, Caroline Abrahams, Charity Director at Age UK, said: ‘It is totally unacceptable that millions of older people who are not online are effectively being screened out of accessing benefits to which they are legally entitled, and often badly need, because they cannot use the online application methods that are increasingly the default.

‘Age UK is fully aware of the intense financial pressures on councils, but this can be no excuse for working in ways that risk depriving older people of their due.

‘What we have found in this research is, we are sure, just the tip of a much bigger iceberg, since we know that in many walks of life online methods are becoming the norm. This may be fine for people who are confident computer users but it is wrong to discriminate against those who are not, including the nearly 4 million older people in our society who do not use computers at all.

‘The shift to our routine transactions and interactions with public bodies taking place online is becoming so pronounced that the question arises as to whether we need new legal duties to ensure they continue to offer alternative methods of access, whether that’s by telephone, letter or face to face. We think this debate is now needed if we’re to protect the interests of the substantial numbers of older people – about 1 in 3 of the entire older population – who do not use computers and who are at huge risk of exclusion as a result.’