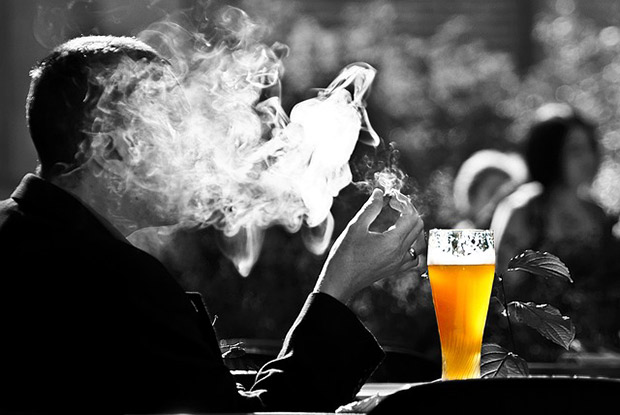 A study led by researchers in Chicago has explored how our lifestyle choices could influence our risk of Alzheimer’s disease.

The researchers analysed health data from 2,351 volunteers. They looked for a link between the number of healthy lifestyle factors people adopt, and their risk of Alzheimer’s disease.

“We know that what is good for your heart is good for your brain and positive lifestyle choices can improve multiple aspects of our health. A healthy lifestyle includes staying mentally and physically active, eating a healthy diet, drinking within reasonable limits, and not smoking.”

Living a healthy lifestyle reduces dementia risk, regardless of genetics

Researchers at the University of Exeter have found that living a healthy lifestyle could reduce the risk of Alzheimer’s disease, regardless of a person’s genetic predisposition. The findings are published today (Sunday 14 July) in the Journal JAMA and have been presented at the Alzheimer’s Association International Conference 2019 in Los Angeles.

The team studied the medical records of 196,383 adults over 60 and followed them up for around eight years.

Researchers have so far discovered around 30 genes associated with Alzheimer’s risk, with certain versions linked to an increased risk and some associated with a lower risk of the disease. Researchers analysed each participant’s DNA to calculate their overall genetic risk score.

They asked the participants to answer a lifestyle questionnaire at the beginning of the study. The team used the answers to assess whether participants were leading a healthy lifestyle. This was based on having a healthy diet, being physically active, not smoking, and consuming alcohol moderately.

Dr Carol Routledge, Director of Research at Alzheimer’s Research UK, said:
“This well-conducted research was able to draw on the rich genetic and medical information from large numbers of volunteers held in the UK Biobank. This crucial resource is made possible thanks to half a million volunteers and it’s allowing researchers to reveal key details about the complex, interacting factors that influence our health.

“These important findings suggest that lifestyle changes can benefit everyone regardless of a person’s genetic risk of Alzheimer’s disease. A healthy lifestyle includes staying physically active, eating a healthy diet, drinking within recommended guidelines, and not smoking.

“This is yet more evidence that there are things we can all do to reduce our risk of developing dementia, yet research suggests that only 34% of adults think that this is possible.

“Sadly, as genetics still plays an important role in influencing the risk of Alzheimer’s, there will always be people who address many or all of these lifestyle factors and still develop the disease. While we can’t change the genes we inherit, this research shows that changing our lifestyle can still help to stack the odds in our favour.”

A number of research studies have suggested that living in areas with high levels of outdoor air pollution can increase dementia risk.

Research suggests that people may be able to increase their cognitive reserve with exercise and mental stimulation.

Work presented at the Alzheimer’s Association conference 2019 investigated whether cognitive reserve can impact the potential relationship between air pollution and dementia risk.

Researchers at the University of Southern California followed 6,113 female participants aged 65-79 for 14 years. Volunteers did not have dementia at the start of the study and were tested for dementia every year.

At the beginning of the research, the team assessed the cognitive reserve of each volunteer using years of education, job status, physical activity, and scores from thinking and memory tests. They also estimated the amount of air pollution outside each participant’s home.

Dr Sara Imarisio, Head of Research at Alzheimer’s Research UK, said:
“The health of the brain can be affected by our environment and by our lifestyle. While there is growing evidence pointing to a link between air pollution and dementia risk, this research suggests that keeping physically and mentally active as part of a healthy lifestyle may help to limit these effects and support better cognitive health.

“As air pollution can impact many different aspects of our health, working towards cleaner air in our cities should be an important public health goal.”

Smoking can impact thinking and memory in mid-life

Research has shown that lifestyle factors, such as smoking, can influence our risk of dementia.

A study by researchers at the University of California looked at how our smoking habits through life could affect our memory and thinking skills. This was presented at the Alzheimer’s Association International Conference 2019.

Researchers followed 3,364 adults over 25 years until they were around 50. The participants smoking habits and thinking and memory skills were assessed.

They found that individuals who smoked heavily were 1.5 to 2.2 times more likely to have problems with thinking and memory in midlife, compared to individuals who quit smoking or occasionally smoke. Problems with memory and thinking were seen in smokers as early as 40 years of age.

Dr Sara Imarisio, Head of Research at Alzheimer’s Research UK, said:
“Risk reduction is vital for limiting the growing impact of dementia, and research suggests that up to a third of dementia cases could be tackled through lifestyle changes.

“While most people know the link between smoking and cancer or heart disease, but only 1 in 10 UK adults know that it’s also a major risk factor for dementia. This study suggests that smoking as an early adult to midlife can affect our brain functions as early as 40 and, while quitting at any point in life will benefit people’s health, the earlier people can stop the better.

“The NHS has resources to support people to give up smoking and GPs can help people who are struggling to quit.”

Alcohol use disorder (AUD) is a growing problem in female US armed forces veterans. AUD is characterised by compulsive alcohol use, loss of control over alcohol intake and withdrawal symptoms.

Researchers from the University of California looked at how AUD might be linked to dementia risk. This study was presented at the Alzheimer’s Association International Conference 2019.

4,414 female veterans over 55 participated in the study. Half of the volunteers had AUD. Individuals did not have dementia at the start of the trial and were followed up for around 3.6 years.

They found that female veterans with AUD had over a threefold increased risk of developing dementia compared to those without AUD.

Dr Sara Imarisio, Head of Research at Alzheimer’s Research UK, said:
“Current UK alcohol guidelines recommend not drinking more than 14 units a week on a regular basis. This amounts to around six pints of beer or six medium glasses of wine. Drinking over this amount impacts on a number of health conditions, including a person’s risk of dementia.

“Alcohol abuse can cause a specific type of dementia that is different from typical forms of dementia. This is likely to be why they found a strong effect of alcohol on dementia risk at such an early age.

“This study supports current dementia risk reduction advice to limit the amount of alcohol that we drink.

“We know that a healthy lifestyle can improve health and reduce dementia risk. As well as cutting down alcohol consumption, not smoking, eating a healthy balanced diet, staying mentally and physically active and keeping blood pressure and cholesterol in check are all ways to support healthy brain ageing. Anyone that is concerned about their alcohol intake should talk to their GP.”