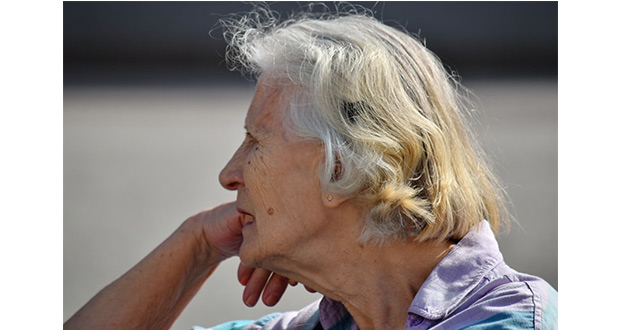 The Local Government Association (LGA) and the National Association of Local Councils (NALC) have joined forces to provides a valuable guide for commissioners, service providers, councillors and leaders across local government to help them to tackle loneliness, as well as support those affected by it.

As part of its Loneliness Strategy, the Government called on the LGA and NALC to explore best practice in combating loneliness. This follows the success of our One Community guide published last May, which set out a detailed framework for collaboration between principal and local tiers of local government to tackle the burning issues facing our communities.

The new Reaching Out guide, designed to help local government tackle one of the nation’s biggest public health challenges, is being published at NALC’s annual conference in Milton Keynes today. It outlines how councils and local organisations can work together to reach out and improve individuals’ wellbeing as well as relieving some of the pressure on already overburdened council and health services.

Loneliness can often be associated with older people who live on their own, but loneliness affects millions of people across the country, including children and young people, and has far reaching implications, not just for the individual, but for families, the wider community and local services.

It can have an impact irrespective of age and circumstance, which places additional pressure on already stretched services by increasing referrals to adult social care and visits to GP surgeries – the significance of this being likened to issues such as obesity and smoking.

”Councils across all tiers are increasingly recognising the added value in reaching out and working together, because it is in our interests to tackle the significant impact of loneliness and other public health challenges.

”We are committed to continuing to strengthen good practice and learning across the sector and in actively seeking to make a real difference in tackling loneliness in our communities. Working together and toward a common goal we can build connected communities equipped and resourced to respond effectively to a wide range of needs.”

“In order to take forward the national strategy we must recognise local activity already underway and re-double our efforts to work more effectively in partnership across local government if we are to see real change in ending loneliness.”

Earlier this year a report revealed that unpaid carers looking after loved ones living with an illness, disability, mental health condition or as they grow older are seven times more likely to be lonely compared with the general public, new figures suggest.

Not having enough time, or money, to participate in leisure activities, as well as the stigma of being a carer, means one in three unpaid carers (35 per cent) are always or often lonely, compared with just one in twenty (five per cent) of the general population.

Research also revealed unpaid carers feel what they do in life is significantly less worthwhile compared with the rest of the population, with those struggling financially over a third less likely to feel that the things they do in their life are worthwhile. This is despite the vital support carers provide their loved ones and their enormous contribution to society.