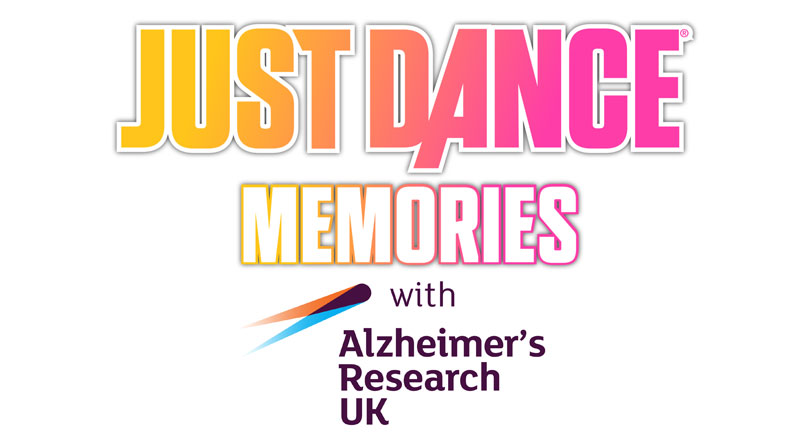 Ubisoft, creator and publisher of the video game, Just Dance®, has donated £60,000 to Alzheimer’s Research UK – doubling the initial fundraising target for their #JustDanceMemories campaign.

Last month, the two organisations announced that they had joined forces to protect the precious memories the game helps families to create, launching the #JustDanceMemories social media campaign to raise awareness and funds for life-changing dementia research. Supporters were invited to participate by sharing a heart-warming film, created especially for the campaign, as well as their own favourite dance memories. Ubisoft pledged to donate £1 for every time the video was shared online, and for each use of the hashtag, #JustDanceMemories, up to £30,000.

Thanks to fantastic public support, the £30,000 target was reached within one week of the campaign’s launch, and Ubisoft doubled its fundraising pledge to £60,000, which was hit just over a week later.

The campaign film – which has been watched over 700,000 times and shared and commented on over 61,000 times – features Alzheimer’s Research UK supporter, Lynne Wadsworth, and her mum, Anne Bath. Anne is in the late stages of dementia and is no longer able to communicate – but her love for dancing still brings her enjoyment.

The money raised will be used by the UK’s leading dementia research charity to fund groundbreaking research to better understand, diagnose, treat and reduce the risk of dementia. One in three people born today will develop the condition in their lifetime, unless we find new treatments and preventions.

Lynne said: “I’m so honoured to have been a part of this campaign with Ubisoft and Alzheimer’s Research UK, especially as dance means so much to my mam. I’m ecstatic that it’s raised so much for dementia research. The campaign has also given my family a huge boost when we needed it most. I’d like to say thank you from the bottom of my heart to everyone who has shown their support. We will put an end to dementia.”

Lucy Squance, Director of Supporter Led Fundraising at Alzheimer’s Research UK, said: “We’re incredibly grateful to everyone who has got behind this campaign and helped raise such a fantastic amount for our cause. Tragically over half of us will know someone affected by dementia, yet there are no treatments to slow, stop or prevent the diseases that cause it. But through this campaign, and thanks to the support of Lynne, Ubisoft and all the people who shared on social media, we will move even closer to finding a cure for dementia.”