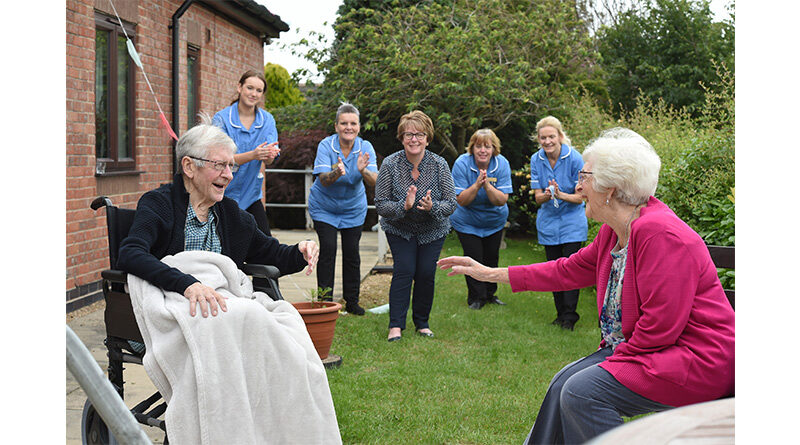 When a handsome young soldier offered Jean Alexander a sweet at the pictures 61 years ago, little did she know that it would lead to 59 years of wedded bliss.

But that’s exactly what happened to Jean and Alan from Newark. Alan Cann, then aged 19 from Manchester, had been stationed at Newark after joining the 2nd Signal Regiment, and on a rare day off, went to the pictures with friends. Immediately, Jean caught his eye and on sitting next to her, he couldn’t help but offer her one of his precious Pontefract cake sweets.

After carefully selecting which sweet to have, the bag split, the sweets fell into Jean’s lap and the rest is history. That defining moment – which brought a laugh between them both – sealed their relationship for a lifetime.

They dated for two years and kept in touch whilst Alan was stationed in Germany. On his return to the UK during the Christmas break, Alan asked Jean’s parents for their blessing to propose and two years later they tied the knot.

Inseparable ever since, Jean says: “He was perfect, and I adored everything about him, still do. When he walked into the room it lit up and people flocked towards him. I was always happy in the background – and that’s why our 59 years of marriage has worked so well.”

Jean and Alan went on to have one daughter Angela who has been supporting, loving and caring for them as the couple have grown older.

Alan, 78, who sadly has Parkinson’s Disease and has suffered a Stroke, is now a resident of Red Roofs Residential Care home in Newark, and Jean says that he couldn’t be in a better place.

“When you’ve been with someone for almost a lifetime, been at their side every step of their life journey and have cared for them during ill health, the very best you want is to find a place that you know they will be cared for just like you would do yourself – and the team at Red Roofs does just that.

“During lockdown, it’s the longest we’ve been apart but celebrating our 59th year recently and importantly together, was so special for both of us and the team at Red Roofs made it a perfect day.”

Jeans says that the perfect marriage comes down to compromise. “We were always bickering together, but always found the right decisions in the end – that was us and I’m so pleased to say it has all worked out.”