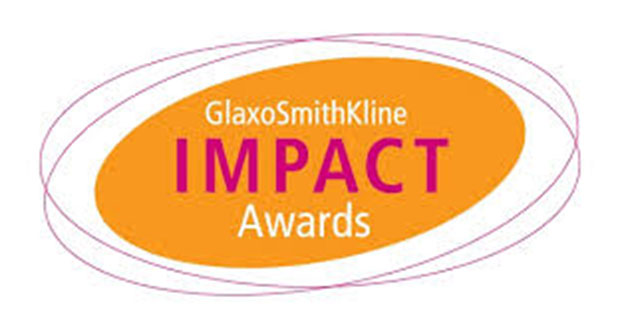 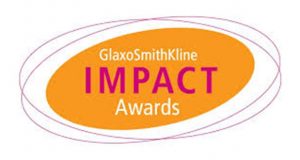 The GSK IMPACT Awards, a national award for charities improving people’s health, today opens its application process for 2017. Charities across the UK are invited to apply for the awards, run by GSK in partnership with The King’s Fund, which offer prizes of up to £40,000 of unrestricted funding and are a prestigious mark of achievement in the sector.

The GSK IMPACT Awards will celebrate their 20th anniversary in 2017. With their longstanding commitment to recognising and rewarding the important contribution that charities make in improving people’s health and supporting health and care services, more than 400 health care charities have received a GSK IMPACT Award and funding totalling in excess of £5.5 million since 1997.

Ten winners each year receive £30,000 in unrestricted funding and ten runner-up organisations receive £3,000 each. The overall winner is awarded an additional £10,000.

As well as receiving unrestricted funding, winners are offered an intensive training and leadership development programme and ongoing support through the GSK IMPACT Awards Network. This additional support for each winning organisation is valued at a further £6,000. The increasingly prestigious Network, made up of more than 70 winning organisations, helps winners to continue their professional development, learning from external sources and each other throughout the year.

The awards are open to charities with an annual income of between £25,000 and £2 million that are at least three years old. The name ‘IMPACT’ derives from the criteria that winners must have demonstrated in their application submissions: Innovation, Management, Partnership, Achievement, Community focus and Targeting need.

The overall winner of the 2016 GSK IMPACT Awards was Groundswell, a charity enabling people who are homeless to take more control of their health and lives, have greater influence on statutory services, and play a fuller role in the community.

People who are homeless are more likely to have physical and mental health problems than the general population but are much less likely to manage these well. Groundswell’s support enables them to access services, which can reduce NHS costs by up to 42 per cent and improve their health dramatically.

Kate Bowgett, Director of Advocacy at Groundswell, said: ‘We were absolutely thrilled to win a GSK IMPACT Award in 2016. It has been a rollercoaster, and the amount of interest in our relatively small organisation has been unprecedented. The recognition is also vital to our volunteers, all of whom have experience of being homeless and use their personal experience to connect with others and help homeless people move on in their lives. It has given the whole team a real boost, and everyone is incredibly proud. For small organisations like ours, the funding is of course very important, but leadership support and access to the network will make a long-term difference to our organisation.’

Katie Pinnock, Director, UK and Ireland Charitable Partnerships at GSK, said: ‘The GSK IMPACT Awards recognise the fantastic work carried out by health and wellbeing charities across the whole of the UK. The programme has grown immensely since its inception in 1997. We’ve helped hundreds of inspirational organisations to develop, to learn from each other, and to carry on their much-needed work. We are enormously proud of all our previous winners’ achievements.

‘This is a momentous year for us as we mark the 20th anniversary of the awards. We look forward to the coming months of this process and celebrating the work of our 2017 winners.’

Lisa Weaks, Third Sector Programme Manager at The King’s Fund, said: ‘The GSK IMPACT Awards have been extremely successful in supporting a range of health and wellbeing charities all over the UK. From organisations that encourage young people to make healthy decisions through to others supporting individuals who are approaching the end of their lives, these are charities that make hugely important contributions to their communities.

‘Charities have a crucial role to play in our health and social care system but they need more support. For many years these awards have been funding and developing the health charity sector and its leaders so that they can find creative solutions to some of our most complex and difficult health issues. We look forward to welcoming more organisations to our network.’