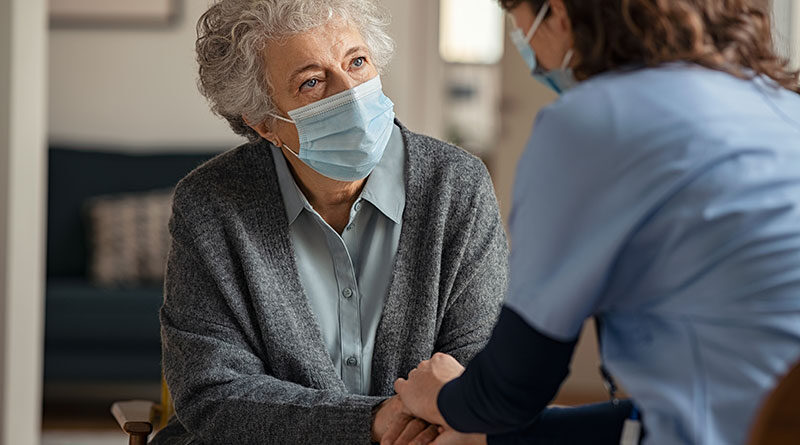 CAMPAIGNERS today warned of a dramatic rise in people not being able to get the care they need because of dire staff shortages in social care.

Latest figures from Skills for Care showed that the number of vacancies in social care had shot up by 52% to 165,000, the highest rate on record.

It has also found that almost a third (28%) of the care workforce are aged over 55 and may retire in the coming decade.

The care provider organisation, The Independent Care Group (ICG) said shortages would spark a huge rise in the number of people denied care – currently around 1.6m.

In a separate report, from the Health Foundation, it has been revealed that even before the current cost of living crisis, one in five people working in residential care was living in poverty.

ICG Chair Mike Padgham said: “Here you have two reports that lay bare the crisis at the heart of delivering social care to older and vulnerable adults in this country.

“If, as a country, we value the profession of providing care and dignity to people who need it, then we need to address this right now.

“Report after report comes out and government after government does nothing.

“The last figures we had, from Age UK, suggested that around 1.6m people aged over 65 can’t get the care they need. I suspect that that figure will by now be nearer 2m or even more and with vacancies rising, the number of jobs falling and carers leaving the sector, that figure is going to rocket.

“The statistic that should ring the loudest alarm bells is the one about those aged 55 and over retiring from the workforce. The sector can’t afford to lose any staff, but particularly those with years of care experience under their belts. They are especially difficult to replace.

He said the Government would blame providers for not paying staff enough.

“That is always the excuse and it is wrong,” Mr Padgham said. “The simple fact is providers are paying the workforce as best they can in the teeth of a critical shortage of funding. Billions have been wiped off local authority social care budgets in the past decade and providers are being squeezed as a result.

“More and more of them are ceasing to operate whilst the rest battle to survive and pay staff what they can.

“The solution is what it has been now for a generation. The Government needs to fund local authorities properly to deliver social care so that they can pay providers a fair price for that care and those providers can, in turn, pay a better, fairer wage to those delivering care.

“The Government says it is listening, well it isn’t listening on social care.

“If Liz Truss wants to go down as the person who did listen and got social care done, she needs to make that equation happen and then you will tackle the staffing shortage and lift those working in the sector out of the dangers of poverty.”

The main findings in the Skills for Care report are:

The ICG has called for root and branch reform of the social care sector.

Last week it launched its Five Pillars of Social Care Reform, setting out what it believes are the actions required to save the sector.

The five pillars are: