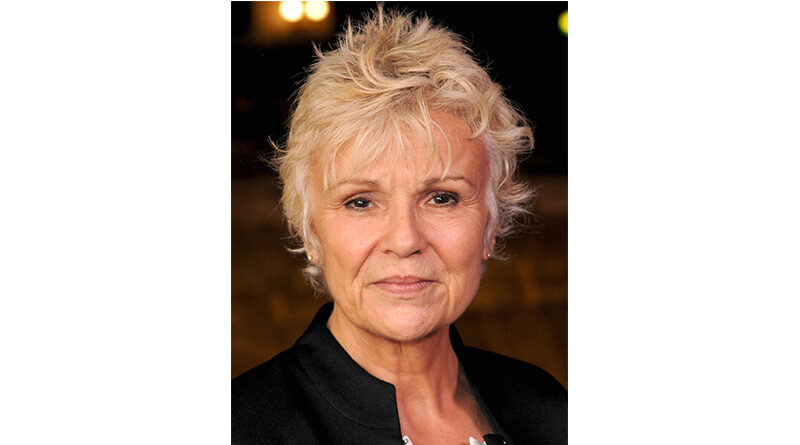 Dame Julie Walters is joining over 43,000 people and backing a petition calling on the UK government to deliver on its election promise to double funding for dementia research.

This comes as Alzheimer’s Research UK reveals 94% of dementia researchers are very concerned progress is at risk due to fewer funding opportunities. While new polling from the charity has highlighted that UK adults think the pledge made during the 2019 election is important, very few believe government will follow through on its word.

In response to the findings, Dame Julie – whose grandmother died with vascular dementia – says the government cannot cast aside the promise it made to the public. The award-winning actor is urging people to take action by signing Alzheimer’s Research UK’s petition.

The dementia research funding pledged by government was missed out of the Budget Statement earlier this month. But Alzheimer’s Research UK says the funding is needed now more than ever before, following the colossal impact of COVID-19 on people with dementia. One in four people who have died with COVID-19 in England, Wales and Scotland also had dementia, while social distancing measures have been particularly challenging for people with dementia and their loved ones. At the same time, the virus has threatened progress in research, with studies delayed and pioneering researchers being forced to consider leaving the field.

There are almost one million people living with dementia in the UK today, but there are currently no treatments to slow, stop or prevent the diseases, most commonly Alzheimer’s, that cause it. In 2019, the UK government promised to double funding for dementia research as part of a ‘moonshot’ effort to find a cure. But to date no further details have been given about how or when this funding will be made available.

“As someone who witnessed the effects of dementia growing up, I am proud to be standing with the tens of thousands of people who are calling on government to deliver on its election promise to double investment into researching the condition. My grandmother had vascular dementia and she lived with us when we were kids. We didn’t really understand her symptoms, but we all loved her to bits. I still don’t know how my mother coped having to care for her and look after three young children.

“It’s appalling that over half of us know someone affected by dementia, yet there are no treatments to slow, stop or prevent it. Far too many families are being forced to experience the pain dementia causes on a daily basis because of the lack of treatments and to put it simply, enough is enough.

“There is an urgent need for research to bring about life-changing treatments for people affected by dementia. With the tragic impact COVID-19 has had on those with the condition, the funding promised by government is more critical now than it ever has been and it’s clear the public agrees. I’d urge everyone to sign this petition, so we can make it clear to government that we will not let their promise be cast aside.”

“This poll shows that despite the dreadful impact COVID-19 has had for us all, the public has not lost sight of the urgent need for life-changing dementia research. It’s been well over a year since the government pledged to boost dementia research, but with no real indication that this funding is being delivered, it’s time for this promise to be backed with clear action.

“While it’s right that the response to the pandemic has had to take priority, dementia is our greatest long-term health crisis and the lives of people affected by dementia are being torn apart by COVID-19. The search for life-changing dementia treatments has never been more critical.

“We’re so grateful to have Dame Julie Walters standing with the thousands who have signed our petition calling on government to deliver on its election promise. With research efforts at risk and people with dementia bearing the brunt of the pandemic, this instrumental investment must be made a reality and it cannot come soon enough.”