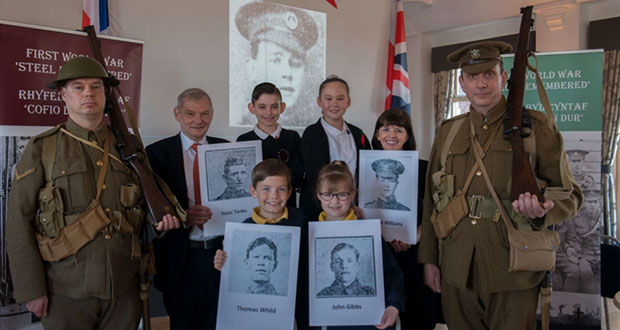 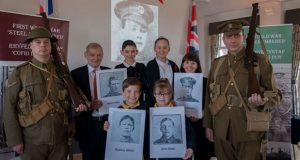 Social care and housing group Linc Cymru has launched an innovative, community-led research project that will involve its tenants and service users working alongside academics and historians to unearth the hidden stories of more than 850 local steelworkers who served in the First World War.

“First World War – Steel Remembered” is a collaborative, two-year project that will take an in-depth look at the role of the Orb Steelworks in Newport during the First World War. The project was launched following the award of a £32,900 funding grant from the Heritage Lottery Fund (HLF).

The project will set out to uncover the real-life stories of the Orb steel workers who marched off to war in 1914-1918 those who came back and those who are commemorated by the Orb Steel Works War Memorial. Through a combination of special events, workshops and outreach programmes, the project team, which includes the local community, will reach out, providing opportunities for people of all ages to take an active part in the research, learn new skills and create a digital archive that can be shared across the world.

Partners already signed up to the project include National Museum Wales, Gwent Archives and the University of South Wales, as well as several local schools, tenant groups from Linc and the Lysaght Community Focus Group. The full programme is still to be finalised, but is expected to culminate in a fortnight-long, interactive exhibition held at the Senedd, sponsored by Steffan Lewis AM, in the Spring of 2018 and a final exhibition which will be held at the Lysaght Institute in Newport to coincide with the 100th anniversary of Armistice Day later in the year.

Local Historian Stephen Berry, author of the Orb Steel Works Centenary Book, attended the launch event and said; “During the First World War everybody was encouraged to sign up or join the war effort.  The men of the Orb Steelworks answered that call in their droves and were encouraged by their employer to go.  A total of 852 men from the steelworks enlisted between August and December 1914 alone, but many more followed subsequently. No-one who enlisted came out of the experience unscathed and we are keen also to explore the social effects on those who survived and the families of those who did not.”

Linc’s community engagement assistant Suzy Bowers opened the launch by emphasising the importance of the project and explaining what it will mean for the local community; “First World War – Steel Remembered is about getting the whole community involved to bring the stories of the Orb steelworkers who served in the Great War to life,” said Suzy Bowers.  “Everybody is invited to get involved in the basic research, to learn about how information is archived, share stories and gather evidence that can be documented as part of the project. We hope that the project will also give people a sense of ownership and local pride by celebrating the huge contribution made by the Orb steel workers as Britain prepares to mark the centenary of the Great War.”

Richard Bellamy, Head of HLF in Wales, said: “The impact of the First World War was far reaching, touching every corner of the UK. The lives of the men from Newport should be remembered and we are very pleased to be able to support even more communities like those involved in this project to explore the continuing legacy of this conflict and help local young people in particular to uncover these hidden stories.”

To find out more about the “First World War – Steel Remembered” project, including how to volunteer to take part in the research, visit http://www.facebook.com/steelremembered or contact Suzy Bowers on 07773 180993.