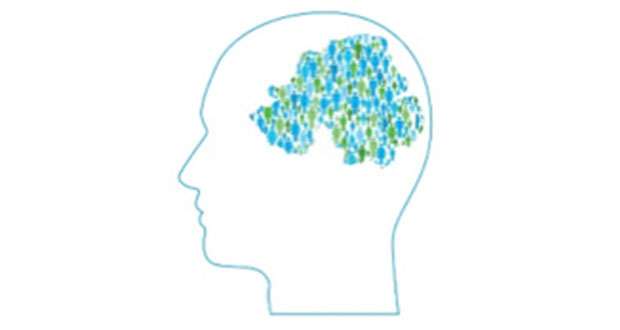 Alzheimer’s Research UK, the UK’s leading dementia research charity, has written to the Prime Minister, Boris Johnson, asking him to convene a new Dementia Medicines Taskforce to speed up the development and roll-out of life-changing treatments. The call comes as new figures reveal that dementia is the fastest growing health condition in the UK and set to be the most expensive within a decade.

Almost one million people across the UK are living with dementia, a number that is set to rise to 1.6m by 2050. It has been almost twenty years since the last treatment for Alzheimer’s disease was developed. Of the few treatment options available, there are no treatments in the UK to stop or slow the diseases that cause it. Dementia already costs the UK economy a staggering £25bn each year and that cost is predicted to spiral to £30bn a year by 2030, according to a recent analysis for Alzheimer’s Research UK carried out by University of Oxford researchers.

People with dementia have been among the hardest hit by the pandemic, with 1 in 4 people who died with COVID-19 in England and Wales also having dementia. Now Alzheimer’s Research UK is calling for the same approach that delivered life-saving COVID-19 vaccines to be applied to bring about the first life-changing medicines for dementia.

In an open letter to the Prime Minister, the charity urges the government to convene a Dementia Medicines Taskforce. Chaired by a senior figure and reporting directly into government, it would bring together representatives from industry, the NHS, charities and researchers, with a single focus on fast-tracking the development and delivery of new medicines for diseases like Alzheimer’s. The letter is co-signed by leading researchers including Prof Sir John Hardy of the UCL Institute of Neurology, Prof Bart de Strooper, Director of the UK Dementia Research Institute, Prof Katie Lunnon of the University of Exeter, and Prof John Gallacher, Director of Dementias Platform UK.

The Dementia Medicines Taskforce would:
• Develop a new strategy for coordinating the UK’s leading institutions and investment to maximise opportunities to accelerate progress in developing new medicines. This would look across the whole research pathway – building on vital ongoing research to understand the diseases that cause dementia to successfully deploying new medicines in the health service.
• Develop a UK-wide network of 10 high-performing clinical trial sites to speed up the set-up of new dementia trials and quickly recruit participants.
• Boost the number of people in the UK taking part in large, late-stage dementia trials to pre-pandemic levels – an increase of around 500 people.
• Develop a dementia health and care data registry to help match potential clinical trial participants to the right studies, appropriate to their type of dementia and stage of disease.
• Monitor the most promising new treatments coming through the clinical trials pipeline, helping successful medicines to be rapidly assessed by regulators.
• Support the NHS to implement cutting-edge new diagnostic tools into routine clinical practice to enable new medicines to be given earlier.
• Provide funding for areas of the NHS that are already innovating to enable the delivery of new medicines, and work with the NHS to prepare wider services for new dementia treatments.
Alzheimer’s Research UK will bring together MPs, policymakers and life science leaders for a roundtable in April to help drive action on the proposal.

In its 2019 manifesto, the government pledged to double dementia research funding to £160m a year as part of a ‘Dementia Moonshot’, but detail of how this pledge will be delivered is yet to be outlined – and annual government funding for dementia research has fallen, from £98.1m in 2016 to £75.7m in 2020. But dementia researchers are still making progress – and the charity argues that the Taskforce would build on this progress and deliver new treatments to the people who urgently need them.

Hilary Evans, Chief Executive of Alzheimer’s Research UK, said:
“People with dementia have waited far too long for life-changing treatments, and with dementia now the fastest growing condition in the UK, the need has never been more urgent. The UK’s leadership on vaccines for COVID-19 has changed the course of the pandemic and saved thousands of lives, and this same approach could deliver the treatments we need for dementia.

“The success of the UK Vaccine Taskforce was dependent on political will and clear leadership from the very top of government, along with cross-sector commitment focused on a single shared goal. By working across all stages of development, from research to regulatory approval and deployment in the NHS, the taskforce was able to ensure vaccines were rapidly made available to people. This formula for success is one that could be applied to other serious conditions as the UK emerges from the pandemic.

“Dementia research has made real progress over the last decade, with world-leading initiatives making important discoveries here in the UK, but we need to build on this progress and we are now at a critical tipping point. We need action from government to get us over the finish line on the first wave of new dementia treatments in a generation. We urge the Prime Minister to show the same leadership that delivered COVID-19 vaccines to the search for dementia treatments. This bold, coordinated action would not only maintain momentum in research, but would send a clear signal about the UK’s ambition to the global life sciences sector, and crucially, to everyone affected by dementia.”