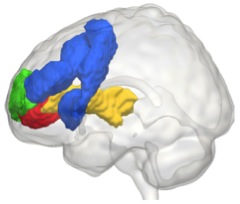 Researchers at the Medical Research Council’s Cognition and Brain Sciences Unitopens in new window have discovered that specific mental abilities – such as problem-solving or multi-tasking – decline with age at different rates because individuals’ brains age differently.

This challenges the previously held idea that, as we get older, these types of mental abilities all decline at the same rate.  Given the number of people who are now living well into old age, this has important implications for our understanding of declining mental ability.

Skills such as understanding a new utilities bill or planning a shopping trip depend on relatively high-level cognitive abilities, or ‘executive functions’.  As we grow older, our ability to perform executive functions declines more swiftly than that required to perform more simple or repetitive tasks, such as making a cup of tea or taking a familiar route to the shops.

Executive functions are associated with the frontal lobe of the brain, especially the prefrontal cortex. This area is known to deteriorate relatively rapidly in old age and scientists previously thought that all executive functions became impaired at roughly the same rate as this part of the brain degenerated.  But the new research shows that this view is far too simplistic.

Four brain structures thought to be important for healthy ageing: Two regions that process information (blue and green) and two that form connections between brain regions (red and yellow). Courtesy of R Kievit and S Davis.

The study, part of the Cambridge Centre for Ageing and Neuroscience (Cam-CAN) initiative funded by the Biotechnology and Biological Sciences Research Councilopens in new window, identified two distinct cognitive skills associated with distinct regions of the brain: multi-tasking (the ability to perform more than one task simultaneously); and fluid intelligence (the ability to problem-solve, as measured in typical IQ tests for example).

By using a unique dataset of different cognitive tests and measuring multiple types of brain tissue in specific parts of the brain from nearly 600 individuals aged between 18 and 88, Dr Rogier Kievit and colleagues at the MRC Cognition and Brain Sciences Unit and the University of Cambridge, found that different parts and properties of the front of the brain supported problem solving and multi-tasking. The different brain regions (both white and grey matter) played specific and complementary roles in supporting these distinct functions, and aged at different rates, with white matter connections being more likely to be affected by age.

Dr Rogier Kievit said: “These results demonstrate that ageing, even for cognitive abilities that seem similar, is a far more multifaceted process than commonly thought.

“It’s crucial that we understand the role that different types of brain tissue play in cognition, especially in ageing brains, as we know from other research that lifestyle factors – such as exercise – can have different effects on white and grey matter.  Knowing more about the neurological basis of age-related differences in people’s mental abilities might help us identify what factors are most likely to contribute to greater independence and a better quality of life for older people.”