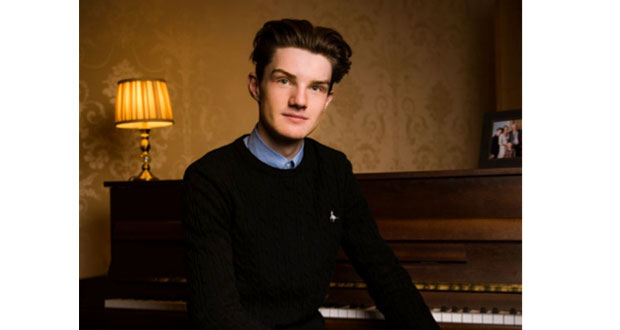 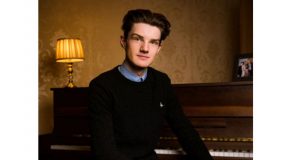 A talented schoolboy, whose heartbreaking song about his nan went viral for Alzheimer’s Research UK last year, got a standing ovation after auditioning for Britain’s Got Talent.

Judge Simon Cowell described Harry Gardner, 16, as talented songwriter after the performance of his song, called Not Alone, was aired on ITV last weekend (Saturday 6 May).

Before she died Maureen was cared for at her home in Ongar, Essex, by Harry’s doting grandad Owen.

The young musician was left shocked and upset after visiting his nan last year and seeing her rapid deterioration with the disease.

That evening Harry, who lives in Chelmsford, Essex, stayed up until 2am writing the song, which raised more than £8,000 for Alzheimer’s Research UK’s pioneering research projects into preventions and treatments for dementia.

Harry approached the stage and was asked by Simon Cowell whether he was nervous. But despite replying ‘yes’ the teen’s confidence quickly grew throughout the performance. Both the judges and the audience were wowed by his performance with all four judges putting him through to the next stage.

Following his audition, Simon said: “It’s quite rare that I could remember an audition a month or six months later, and this is one I’m goint to remember because it was very genuine, it absolutely showed your talent as a songwriter. I like you Harry, I think people are going to get you.”

Fellow judge Amanda Holden added: “Harry that really moved me. I just wish your grandmother could see what you have done today because I’m sure she’d be so proud of you.”

Viewers also flocked to Twitter to write about the performance.

Twitter user Ryan Abbott wrote: “Harry’s nan will always be proud of him. @HarryGardner_ is a star. Such a powerful song & a great artist. Sending all my love & best wishes”

And Gillian Scott added: “So moved at @HarryGardner_ I was reduced to tears … what a talented young man #BritainsGotTalent #Alzheimers”

Harry, who is currently taking his AS levels, said:

“I was so nervous at the time, I had to keep moving the microphone between my hands because my palms were sweating.

“But once I started singing I really got into it. The whole experience was a bit of a blur but the feeling after I’d done it was absolutely incredible. To have such a huge crowd of people applauding a song I wrote and to get such wonderful feedback from the judges, as well as four yeses, I just couldn’t believe it.

“I wrote the song from the bottom of my heart. My nan meant so much to me and it devastated me to see her that way.

“I was aware that my nan had Alzheimer’s but I wasn’t aware of how severe the disease would be, as I thought it would only be short-term memory loss.

“I visited my grandparents’ house with my mum and we had lunch there but my nan was not downstairs as normal.

“She was lying in a dark room, with no expression on her face whatsoever, with her eyes closed.

“I had never seen my nan like that before and it really hit me hard.

“I left the room so shocked. The first thing I did when we arrived back at home was sit at the piano and try to get all my emotions down into words.

“The tune and lyrics fell into place quickly. I explained all the things we did together, like when she brought chocolate when she visited, and ruffled my hair, telling me how bad it was.

“I decided to use the song to raise money for Alzheimer’s Research UK because research is what’s needed to find a cure. I hope one day no grandson has to say goodbye to his nan because of dementia.”

Maureen had to give up her Sainsbury’s checkout job when she was unable to cope with counting money, and it was playing a game of Scrabble that her daughter Gail, Harry’s mum, first noticed the symptoms.

“As a family we’ve always played Scrabble, my mum absolutely loved the game and my dad used to say she’d swallowed a dictionary. But one day she spelled the word joy with a G, and that was when I knew something more serious was happening. The hardest part was when she finally forgot who we all were.

“When Harry first played his song to me I couldn’t listen to it, I was too emotional. I got him to record it on a CD and listened to it in the car with my sister on the way to visit my mum. We cried the whole way.

“His dad and I are so pleased Harry has been given such a wonderful platform to share his song and continue to raise awareness of this cruel disease.”

Last year Harry was made a Champion of Alzheimer’s Research UK, an accolade given to those who have gone above and beyond to raise funds and awareness for the charity.

“Harry is an inspiration to young people and we’ve been blown away by his commitment to support the charity in honour of his nan.

“Raising over £8,000 through his music is no mean feat, and we were thrilled to see him on Britain’s Got Talent this weekend sharing his song with the nation. We can defeat dementia through research and it’s the incredible generosity of people like Harry that is powering our pioneering work to achieve this goal. We wish him the best of luck and hope he gets through to the next stage.”

Harry lives with his mum and his dad John, and siblings Molly, 18, Oliver, 14, and Gene, nine, at their home in Chelmsford, Essex.

The music video can be watched on YouTube at www.youtube.com/watch?v=VeVs6q5bC_s and to donate to Harry’s fundraising page go to http://uk.virginmoneygiving.com/HarryGardnerMusic