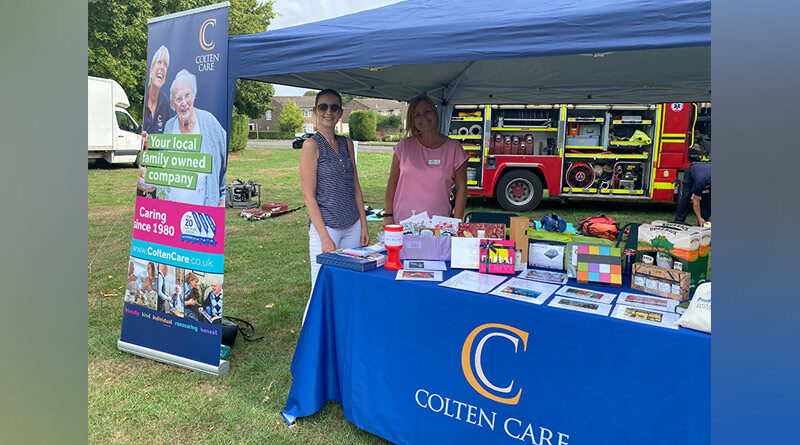 A pair of Winchester care homes joined forces for a family-friendly fete in aid of a charity that rescues sick and injured animals and birds. 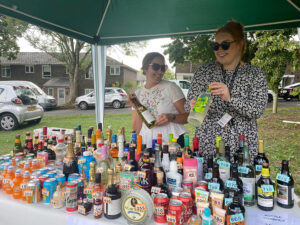 Dozens of visitors were welcomed by residents and staff from Colten Care’s Abbotts Barton and St Catherines View with the fun get-together raising more than £1,600, an amount described as an “incredible effort” by beneficiary Hart Wildlife Rescue.

The fete, held on the green in Dyson Drive off Worthy Road, just yards from Abbotts Barton, featured children’s games, stalls selling cakes, plants and handmade gift items, a coconut shy, a barbecue, a tombola and the chance to see inside a fire engine.

Abbotts Barton resident Rosemary Smale, who welcomed visitors to her stall selling handmade glassware, said:
“The fete was a great success and it was busy for the whole duration. We had a fine day so we were lucky as we had thought the weather might not hold up.” 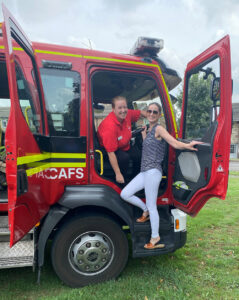 When told the fete had raised £1,641.84, Paul Michael Reynolds, Hart Wildlife Hospital Manager said:
“That is an incredible effort, very well done and thank you so much for raising the money.”

With its hospital located in Medstead near Alton, Hart Wildlife Rescue provides rescue, treatment and rehabilitation for wildlife from all over Hampshire and neighbouring counties. The charity currently deals with more than 3,000 casualties every year, a figure that is increasingly annually.

Abbotts Barton Home Manager Dee Lovewell said:
“Our residents and team needed no encouragement to stage another fete this year. We all loved taking part and supporting Hart Wildlife.”

Vanda Baker, Dee’s opposite number at St Catherines View, said:
“It was lovely to organise another successful fundraising event, surpassing our total from last year and having great fun at the same time.”