New research from AIG Life shows nearly half of adults would be willing to save into a special fund to pay for any care they might need in later life as the debate over how to afford the UK’s social care system intensifies. 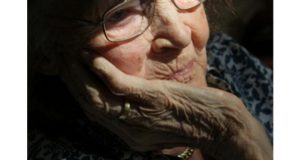 ater life which can be left to family when they die, making it the most popular of six options tested through the nationwide study.  Selling homes to fund care was the least popular option – just 20% said that would be an acceptable way to fund social care.

AIG’s research shows adults accept they will need some form of care in later life – just 11% are confident they will not need any support in old age and on average people expect they will need either care at home or in a care home after their 76th birthday.

The study among 3,000 adults tested six options including tax rises and an increase in the retirement age as potential Government solutions to the social care funding issue and the table below shows their views.

Around a third (31%) say the current threshold of £23,250 in savings over which anyone with more has to pay for local authority care is about right while 42% back the current system for NHS funding of social care and support.

Alison Esson, Propositions Manager at AIG Life, commented: “People are realistic about the potential need for help in later life and recognise that as they get older, they may

need some form of care with the average age for help seen as 76.

“Increasingly people are living longer and more people will see their 100th birthday over the coming decades, which is likely to mean more demand for care, even if it’s a little help each week to look after you in your home.

“People accept that funding for more social care will have to come from somewhere and that they may have to provide the money in some form. However, it is a debate that has a long way to run.”

The view across the country

The Welsh expect on average to need care the earliest at just short of their 74th birthday while people in the South East expect another four years before having to need care. Adults in the West Midlands are the most optimistic about never needing care with 15% expecting to avoid it compared with 8% in the East of England.