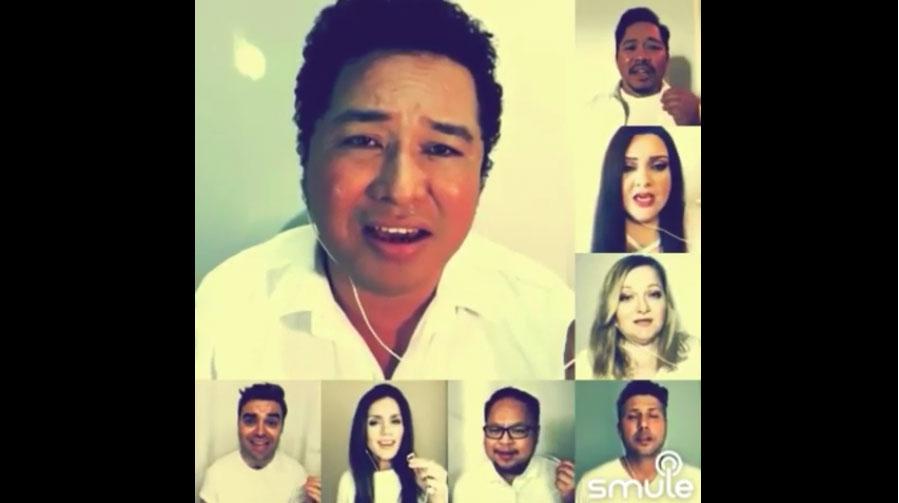 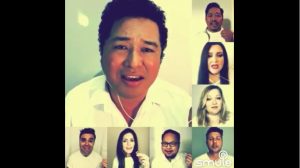 A global virtual choir has released an emotional fundraising song to raise funds for pioneering dementia research, inspired by a Huddersfield family’s experience of the condition.

The APEX Team is a virtual choir of 44 talented singers who use the Smule mobile app, which allows people from anywhere in the world to sing together. Using the app’s technology, APEX Team members record individual parts of their songs before putting them together to form complete tracks with beautiful harmonies.

Laurenna, who lives in Huddersfield, was inspired to suggest the fundraising song after seeing the impact of Alzheimer’s disease on her own family. Just one year after being diagnosed with Alzheimer’s – the most common cause of dementia – Laurenna’s mother-in-law passed away as a result of the disease in June 2019.

Money raised from sales of the song will support the fundraising efforts of technology company BigHand, where Laurenna’s husband Dan works as a Healthcare Account Manager. BigHand staff voted for Alzheimer’s Research UK to become their chosen charity earlier this year.

“Alzheimer’s changes things for the whole family, not just the person living with the disease. Dan’s mum was first diagnosed after she went into hospital following a series of falls, and after that she seemed to deteriorate very quickly – eventually to the point where she could no longer swallow or chew food. Since she passed away, this project has become even more important to us.

“Dan and I were so happy that Alzheimer’s Research UK was chosen to be BigHand’s charity partner, and I’m really pleased that the choir is able to help support the fundraising efforts. We chose to cover Keep Holding Onbecause the words seemed so poignant and fitting to the message we wanted to get across. Research can bring about better treatments for people like my mother-in-law, and I hope our song will help that effort.”

“APEX Team is not just about connecting people from around the world through music. We are a family, and we care for each other through all of life’s circumstances. Many of our members have walked with family members living with Alzheimer’s disease, and this song is a meaningful reminder how important it is to have the love and support from people that matter to us. Music can heal wounds; it’s also therapeutic. And we thank BigHand for giving us the opportunity to share our music and become an instrument for healing.”

“I was delighted when the BigHanders voted to have Alzheimer’s Research UK as our charity. It is such a worthy charity, that affects so many families. We’re very passionate about giving back and do a wide variety of fundraising activities throughout the year – it is great when employees suggest new ways to raise awareness and much needed funds for research. We are very grateful to Dan and his wife for their efforts to support the charity, especially as it is so close to home for them. The song is beautiful and very touching, a massive thank you to the APEX Team choir and all involved.”

“The APEX Team have put together a beautiful recording, and we couldn’t be more grateful to the choir members and to BigHand for supporting our work. With no treatments able to stop or slow the diseases that cause dementia, fundraising efforts like this are absolutely vital. The money raised will help power groundbreaking research and make breakthroughs possible for people with dementia.”

To listen to and download the song, visit www.apexteamchoir.com and to make a donation, visithttps://bighand.everydayhero.com/uk/apex-choir-for-alzheimers-research-uk