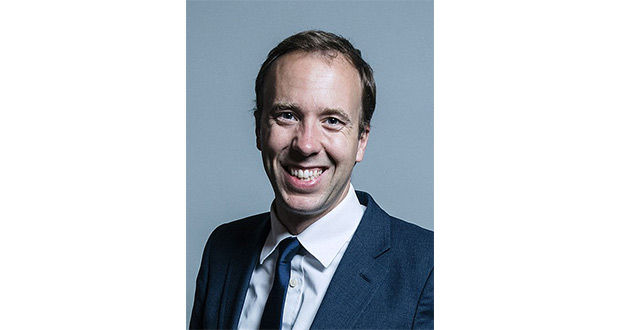 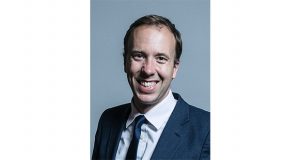 Speaking to the Local Government Association at its annual conference in Bournemouth earlier this week, Health and Social Care Secretary Matt Hancock set out the government’s programme to address the social care challenge.

In his address Hancock admitted that the government should have fixed social care by now describing it as “one of the biggest challenges we face as a society.”

You know we’re committed to publishing the social care green paper, but it’s been held up by the parliamentary logjam and a lack of cross-party consensus.Let me level with you: to tackle this great challenge as a society, we need to be frank about the potential solutions.

Of course, we need a sustainable long-term solution to the funding of social care. The best solutions to these sorts of long-term problems are cross-party, and social care has been bedevilled by a failure to build a cross-party consensus.

Infamously, during the 2017 election campaign. But more recently too – when my colleague Damian Green recently proposed a scheme very similar to a plan supported by not one but 2 cross-party Commons select committees, by 10:42am on the day of the launch, the Shadow Chancellor had condemned it as a “tax on getting old”.

It’s not the first time narrow partisan politics has got in the way of a solution, but let us hope it’s the last.

But this isn’t the only frustration. I imagine you share my frustration too that the debate in public focuses almost entirely only on one part of the system.

Care for people as they get old is incredibly important. But half of the cost is for people of working age – and that cost is rising – and the cost of children’s social care is increasing too.

So yes, we need a long-term solution, preferably cross-party, to put social care on a sustainable basis.

But direct taxpayer funding is always going to be an important part of the solution.

Over the last 4 years we have ensured an 11% growth in the funding available for adult social care, including the £650 million uplift we secured for this financial year.

And securing a fair settlement for social care should be a key priority at the Spending Review.

Social care has for many years not received the attention and support that it deserves.

The only way we’re going to solve social care is by building a new, sustainable social care system for the long term, one that’s there when we need it, and is fair across the generations.

Laying out out a seven-point plan the Health Secretary said can be worked on “right now” as the government works towards the Spending Review.

The Health and Social Care Secretary highlighted the need to develop Integrated Care Systems, bringing together the NHS and local government, and pledged to make up to £3 million available this year for care managers to access learning and development so they can improve their skills.

He also highlighted the government’s £3m recruitment campaign to attract the right people into social care and announced a rise in the Carers Innovations Fund from £0.5m to £5m to support informal carers, adding that the government aimed to provide an additional 5 million people with personalised care within the next decade.

“That means you will have more choice about your care, more control over personal health and social care budgets, and more connection to your community,” he said.

Chairman of the LGA’s Community Wellbeing Board, Cllr Ian Hudspeth, said: “More than 12 months has passed since the Government announced yet another delay to the publication of its social care green paper. Those who rely on vital care and support cannot wait any longer.

“That is why the Government needs to commit to meeting our 10-week deadline, before the party conferences start, to finally publish its much-delayed and long-awaited green paper outlining what the future funding options and possible solutions to this crisis are.”

July marks one year since the LGA produced its own green paper, following repeated delays to the Government’s version. The LGA’s new publication was launched at its Annual Conference ‘One year on – the LGA green paper for adult social care and wellbeing’.

The LGA’s #CouncilsCan campaign aims to influence the forthcoming Spending Review and highlight the growing risk to vital local services if the Government does not take action to secure the financial sustainability of councils.

Cllr Hudspeth added: “Local government stands ready to host cross-party talks to kick-start this process and make sure we get the answers and certainty we need, so that people can continue to receive essential care and support.”