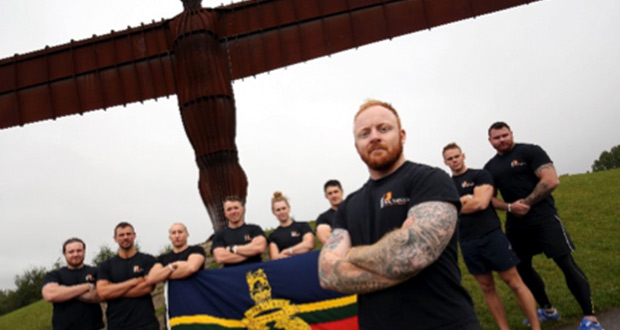 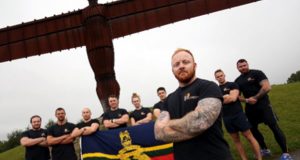 On 4th November, a small team of Royal Marine veterans and ex-military personnel plan to break a weightlifting Guinness World Record at The Metro Centre. Over a gruelling twelve hours, twelve men and women will attempt to lift more than 800,000 kg – that’s the equivalent of lifting four Angels of the North. Donations received on the day, which is set to be a crowd-pleaser, will be given to forces mental health charity, Rock 2 Recovery.

Behind the jaw-dropping task is Colin Kelly from the team at Lifting The Stress From Mental Health. Now living in Seaham, Ashington-born Colin, a Royal Marines veteran himself, comes from a family with a strong military background. His experiences in operational theaters led to him suffering from debilitating mental health issues, for which he found little effective support available. Colin was eventually helped by Devon-based charity, Rock 2 Recovery, who provide counselling and other support to ex-forces personnel.

Now recovered, Colin is increasingly worried about the numbers of veterans, like himself, who suffer from mental health issues, including Post Traumatic Stress Disorder (PTSD). Suicide figures are high amongst ex-servicemen and women, with an average of one death every two weeks in the UK alone.

Colin now works abroad in a security role, but has enjoyed competing in many weightlifting and strongman competitions over the years. He said, “It’s shocking how many of our veterans have problems with their mental health. There’s very little support available to them, and what support there is usually has long waiting times. Counselling services are sparse and centres where suffering veterans can go are few and far between. Having given the best of their lives to serving their country, many traumatised ex-military personnel are left to fend for themselves when their active service time is over. Rock 2 Recovery were simply brilliant when I needed them. They supported me as I worked through the issues I had and got back on my own feet. That’s why I felt the need to give something back to them. With my background in weightlifting and strongman competitions, this World Record attempt seemed the ideal way to help Rock 2 Recovery to help more veterans in the UK.”

Colin continued, “The 4th November’s World Record attempt is going to be a great day at The Metro Centre. Come down to cheer us on, watch or donate. Rock 2 Recovery are a fantastic charity who do an amazing job. They deserve your support, as do the men and women going for the Guinness World Record.”