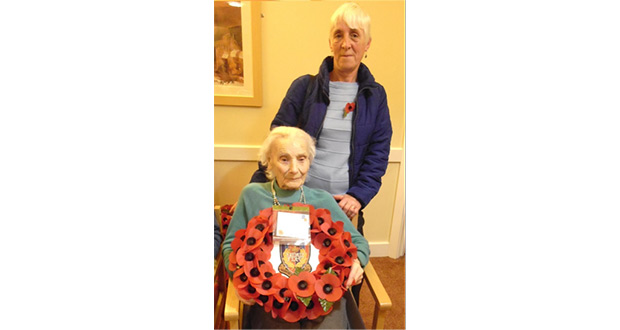 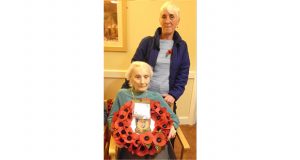 Six residents from Cherry Garth care home in Holmer Green took part in a special event in partnership with the British Legion to mark their military service and recognise the Armistice Centenary.

97-year-old Ruth Wright has been a resident at Cherry Garth, run by local charity and care provider, The Fremantle Trust, since 2016 and was one of the first women to join RAF Halton to assist with the war effort as an aircraft mechanic. She began her training at RAF Wallasey and RAF Sealand in Cheshire, and has memories of gruelling drills on the beach in the freezing cold.

Ruth worked on Spitfires and Lancaster Bombers ensuring they were mechanically safe and by the time she transferred to RAF Halton she had achieved Corporal rank and remembers men twice her stature having to salute her round the camp.

Ruth met her husband Horace (affectionately know as ‘Bud’) while she was convalescing after an electric shock incident she encountered. The couple married after the war and went on to have three children; Lavinia, Valerie and Timothy.
The special Armistice Centenary event was an opportunity for Ruth and her fellow residents at Cherry Garth to reflect on their experiences of serving in the Second World War and to commemorate this historic milestone.

Commenting on the event, Cherry Garth’s manager, Kelly Hartley, said: “We were honoured to be joined by the British Legion for this very proud day to mark the centenary of the end of the First World War. It had personal resonance for me too, having served in the Queen Alexandra Royal Army Nursing Corps.

“The event was a chance to recognise everyone’s personal contribution to military service as respected veterans, alongside their families.”