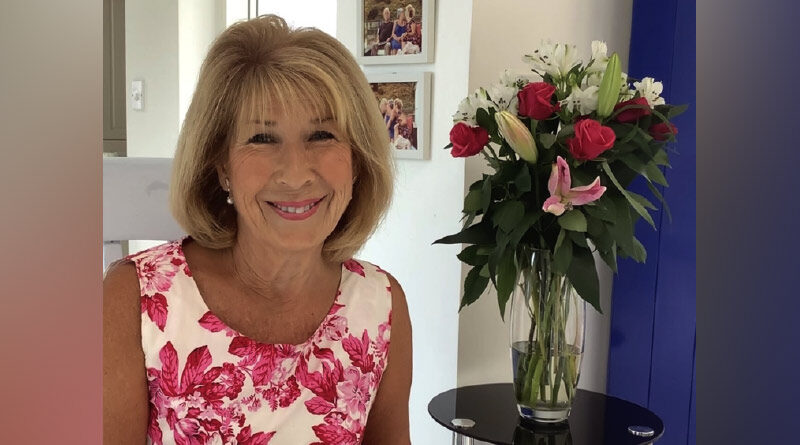 TV presenter, journalist and former BBC Royal Correspondent Jennie Bond has shared her anguish at the cost of living crisis and its impact on unpaid carers.

Drawing on her own experiences of caring for her mother, Jennie explained her shock at reading statistics from Carers First’s Lighten the Load campaign which finds that as the cost of living crisis worsens in the UK, those looking after a family member or friend have been amongst the hardest hit.

“I was horrified to see the results of the Carers First survey: nine out of ten carers losing sleep because of the cost-of-living crisis, a third regularly going without food, and many experiencing severe mental health troubles and depression,” said Jennie.

“I do know just a little bit about caring, because I helped look after my mother during her many years of dementia. I know how lonely and desperate you can feel. And that’s why it’s even more important that carers find out about the support and financial help that is available. It’s never enough but, surely, every little helps.

“And that’s the message that Carers First are trying to get across, to lighten the load for the thousands of unpaid carers across the country. Let’s do all we can to spread that vital message.”

The charity Carers First works directly with, and for, thousands of carers across Essex, Hackney, Haringey, Lincolnshire, Medway, Newham, Southend-on-Sea, and Waltham Forest to provide personalised information and tailored support in the way that suits them: online, on the phone, or face-to-face in their local community.

They have launched a campaign to support carers in getting help making ends meet this winter.

Lighten the Load aims to raise awareness of the financial support available to carers and increase the number accessing that support.

The campaign is a response to a survey conducted by the charity which found that more than nine out of ten carers are worried about the cost of living.

The survey also revealed that nine in ten of carers are losing sleep because they are worrying about how to afford the basic essentials, and more than half are already in debt, or will be soon, owing to their caring responsibilities. A third are going without food on a regular basis.

Alison Taylor, Chief Executive at Carers First, said:
“Many carers are under great financial pressures with soaring energy, food and housing costs, and this is negatively impacting on their physical and mental health. We want to make sure carers get the support they need to make ends meet this winter.”

TV presenter Kate Garraway has also recently raised awareness of the financial struggles of unpaid carers, quoting the Lighten the Load campaign ahead of her win at the National Television Awards for her documentary ‘Caring for Derek’.

Carers First surveyed over 1,000 unpaid carers in August to find out how the rising cost of living was affecting their lives. The survey found that:

The charity has created a dedicated section on its website promoting the information, tools and resources to help carers maximise their income and make their money go further. Carers can sign up to a free email series ‘Financial Support in Five Steps’ which breaks down information about financial support into simple, straightforward guidance. This includes claiming benefits, grants, discounts, help with paying household bills and budgeting.

The charity is also promoting support available from partners including Discount for Carers, the Legal and General Care Concierge service and Anglian Water.

To find out more about the campaign, visit https://www.carersfirst.org.uk/LightenTheLoad/.