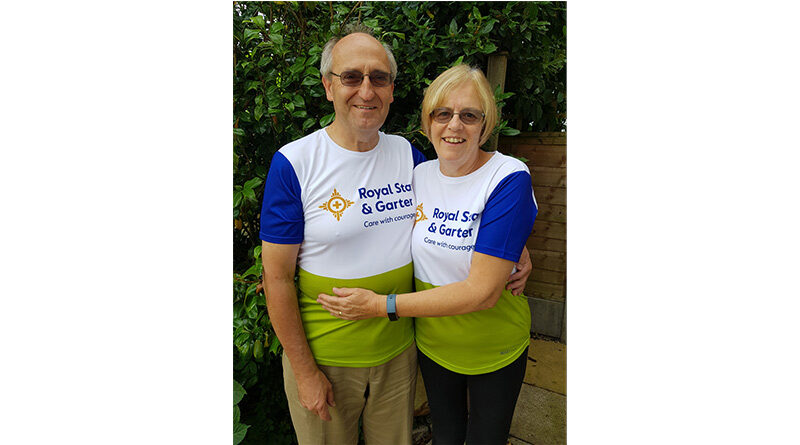 The family of a WWII veteran is raising money for the charity which cared for him in the final years of his life.

Kay Sabell and her husband Nigel are walking the 100-mile Millennium Way in 10 days to thank Royal Star & Garter for the care it provided to her father Bill Hinchcliffe.

The charity provides loving compassionate care to veterans and their partners living with disability or dementia. Bill began day care at Royal Star & Garter in September 2018, before moving into the Home permanently. He died in April this year.

The Sabells will be joined by their children, grandchildren and friends on various stages of the walk, which they will begin on 23 October and hope to finish on 2 November. They then plan to walk from their home in Knowle to Solihull War Memorial on Remembrance Sunday (14 November), and afterwards head back to Royal Star & Garter with drinks and cakes to share with residents and staff.

As a 17-year-old, Bill witnessed the horrors of the Blitz in Manchester. He joined the Royal Signals in 1943, and was attached to both British and American Forces in the North African and Italian Campaigns. After war finished, he went out to Palestine, where he worked on teleprinters, communicating with Egypt and Iraq.

Explaining why she was raising money for Royal Star & Garter, Kay said: “We decided to do it when Dad was still alive because we could see how happy he was and how well he was being looked after. When he died, it became even more important to us to do this, because the end-of-life care he received was just incredible. It was so reassuring to know how well he was being cared for, and it’s made us even more determined to raise as much money as possible.”