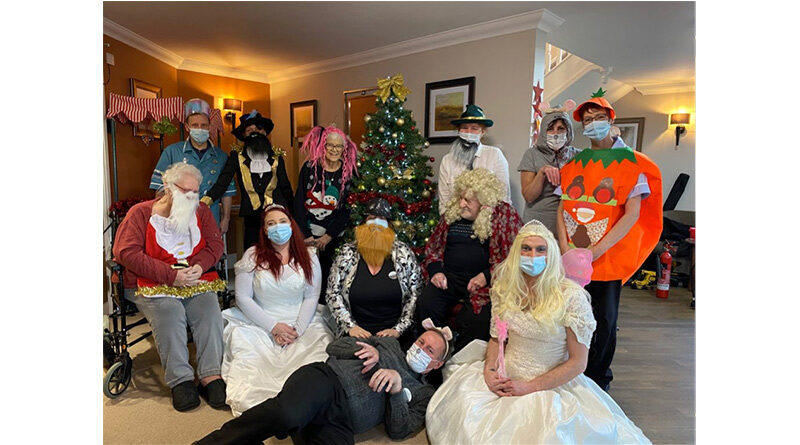 Residents and staff of Fleetwood Hall Care Home got into the festive spirit this week by putting on their own original pantomime – with the help of a brother and his sister.

Andrew, who wrote the script, and Helen are the Activity Coordinators for the home.

The cast of fifteen included staff from the home and a number of residents, including Susan, who played Cinderella’s father, and Fred and Sheila who were both Ugly Sisters. All the residents of the home joined in singing carols.

Helen, who has worked at the home for nearly three years and has a background in care as well as being a talented seamstress, said: “It was a fantastic day and lovely that everyone in the home was involved.

“I love working with my brother. Andrew is very musical and I’m creative so we make a good team.

“Our mum developed Alzheimer’s when she was only 55 and we have a lot of empathy for people in care.”

“We invited everyone in the home to take part and a number of residents and staff signed up for roles in the play. It was a really special day and everyone felt very jolly. The whole event was filmed too so the families of residents can watch it.”

Joanne Warren, Registered Manager of Fleetwood Hall Care Home in Chatsworth Avenue, Fleetwood said: “I’d like to thank all our staff and lovely residents who took part in the play and made it such a special occasion.

“I think we’re pretty unique as a home in having a brother and sister as our activity coordinators. Helen and Andrew went to great effort to write and direct the panto, sort all the costumes and allocate roles to everyone who wanted to take part.”