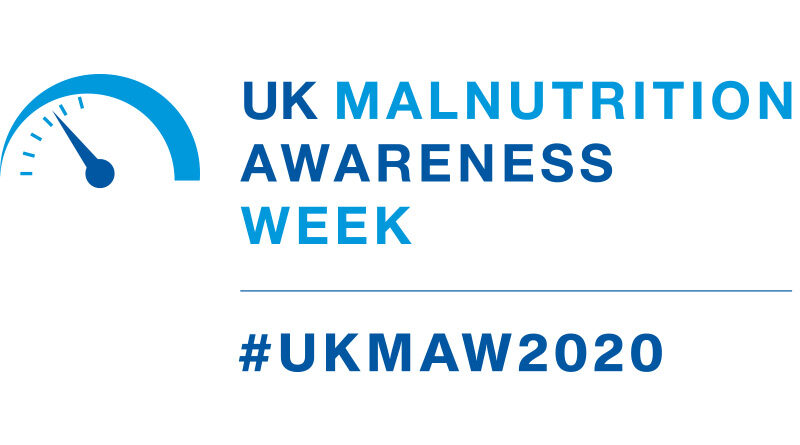 New research shows released during UK Malnutrition Awareness Week has revealed that a quarter (25%) of people in Britain aged 65 and over ate less during lockdown than usual, and of this group, over half (52%) stated that their reason for doing so was to keep their weight down due to concerns about obesity as a risk factor for coronavirus (COVID-19).1

BAPEN and the Malnutrition Task Force have expressed alarm at the results – one in ten people aged over 65 is malnourished or at risk of becoming malnourished (1.3 million)2 – and older people with malnutrition have more hospital admissions and longer hospital stays, as well as physical and functional decline and loss of quality of life.3

Dr Trevor Smith, consultant gastroenterologist and President of BAPEN, says, “There is a danger that a blanket message about weight loss could be misinterpreted by vulnerable older people. For many older people who are already losing weight or struggling with their appetite it is potentially dangerous to start a weight loss diet. It worries me that some older people believe they are protecting themselves from coronavirus when in fact they are most likely putting themselves at greater risk. And it’s not just older people we need to worry about, other people who are at greater risk of malnutrition because they have an illness or long-term condition could also be harmed by trying to lose weight inappropriately. For UK Malnutrition Awareness Week we want to raise awareness of the real problem of malnutrition amongst the public, and we also want to encourage health and social care professionals to screen with the Malnutrition Universal Screening Tool (‘MUST’). We are also asking health and social care professionals to take part in our national survey of malnutrition and nutritional care which will help us build a better picture of risk across the UK.”

Dr Amir Khan, a GP in Bradford and best-selling author of ‘The Doctor Will See You Now’ is ambassador for the UK Malnutrition Awareness Week campaign this year. He says, “Malnutrition creates long-term problems with health and can also severely impact on quality of life. Plenty of people don’t know that they are at risk of disease-related malnutrition or that their risk may be raised because of loneliness or grief. We need to work harder than ever this year to make sure people at risk are spotted early. I would urge my fellow GPs to use this week to think about screening for malnutrition risk. The Malnutrition Universal Screening Tool (‘MUST’) is really straightforward and easy to use and we can play our part too.”

Confusion about diet and appetite in later life

Worryingly, the new research also shows that older people (i.e. those aged 65 and over) continue to be confused about diet, appetite and weight in later life:

In fact, guidance from BAPEN and the Malnutrition Task Force highlights that for many older people who are losing weight, losing their appetite, or who are having difficulty eating, it is helpful to incorporate full-fat milk, yoghurt and cheese, have milky drinks with full-fat milk, have a biscuit between meals and generally think about introducing snacks. The organisations are clear that anybody with an underlying health problem should first seek the advice of a healthcare professional before making any significant changes to their diet.

Dianne Jeffrey, Chair of the Malnutrition Task Force, says, “Healthy eating messages are so pervasive in our society and unfortunately there is little talk about making sure that your diet is right for your age and stage of life. There is little doubt that some older people who are vulnerable to malnutrition, or perhaps are already malnourished, aren’t eating at all because the only foods they might fancy aren’t perceived as typically healthy. Unfortunately, more older people are now at greater risk of malnutrition because the Covid restrictions have reduced their contact with families and support networks. We need to be even more careful about messaging around obesity and healthy eating to avoid exposing people to unnecessary risk.”

Misconceptions in the wider population

The research also shows a general lack of understanding of what constitutes a healthy weight and appetite in later life: