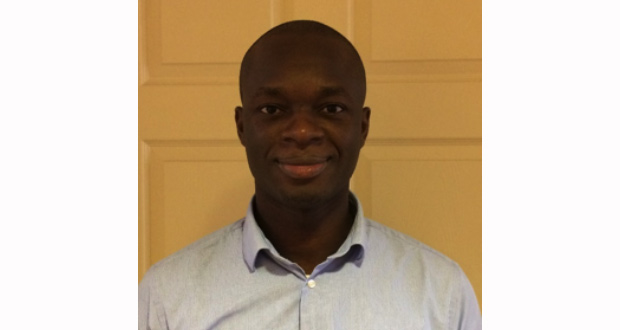 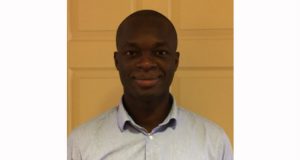 Sunrise Senior Living’s Memory Care and Area Coordinator, Francis Bosompim, has been awarded the prestigious Dr Trevor Jarvis Award by the University of Bradford for his exceptional work on dementia care.

Francis received the award for promoting innovation and debate around dementia care while studying at the university, and for research conducted while in a dementia village in Amsterdam.

He was handed the award by the Chancellor of the University of Bradford, Kate Swann, at a ceremony in which he also received his BSc Degree in Dementia Studies. The ceremony was held to recognise achievement across health subjects, and was attended by nurses, doctors and researchers from the university.

Francis’ research in Amsterdam focused on the importance of personalised, resident-centred care, and the role of meaningful activities in contributing to fulfilment and a higher quality of life.

In particular, Francis looked at the way dementia care must recognise the uniqueness of each individual, and should not only focus on the condition and its treatment.

Since winning the award, Francis has become Area Coordinator for Sunrise Senior Living UK, helping to promote the highest standards of care at a range of Sunrise communities.

His studies are continuing with a Master’s degree in Gerontology at the University of Swansea, through which he is examining how we should approach the aging process, and the way in which residents can shape the buildings they live in.

Francis’ approach to dementia care is reflective of the personalised style adopted by Sunrise communities, focused on a range of individual needs.

“I am incredibly proud to have been awarded the Dr Trevor Jarvis Award by the University of Bradford, for my work on the very important topic of dementia care.

“I would like to thank the University of Bradford for providing me with the opportunity to conduct such interesting research, and to my colleagues at Sunrise Senior Living for their kind support while I was completing my studies.

“In particular, I would like to pay tribute to the former General Manager at Sunrise of Fleet, Kara Hooper, who always embraced and encouraged my new ideas, so that our resident care could be improved.

“The research on dementia care that myself and others have undertaken carries such value because there are tangible benefits for residents in how we look after them and ensure they can live the most fulfilling lives possible.”