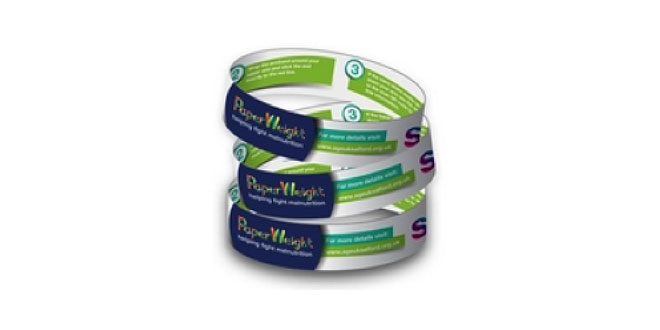 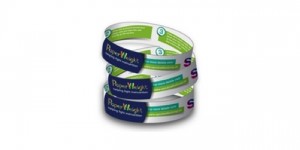 Health and social care staff can help the fight against malnutrition in older people just by using a simple strip of paper.

Health and social care professionals in Salford, Greater Manchester, have created a simple and effective signposting tool that can spot the early signs of malnutrition to help prevent unnecessary hospital admissions.

The PaperWeight Armband, which is a strip of paper, works by measuring the circumference of a person’s bare upper arm. If it can slide up and down the arm easily, and measures less than 23.5cm, it is likely that Body Mass Index (BMI) is less than 20 kg/m2, which indicates a high risk of malnutrition.

Once a risk is identified, support and advice can be given, and the early intervention reduces the chances of being admitted to hospital.

“It is a condition that frequently goes undiagnosed and untreated, and it can lead to more hospital admissions and re-admissions, longer hospital stays and greater healthcare needs, which means the cost of malnutrition can spiral out of control.

She continued “So what we have done is gone back to basics to help improve diagnosis. Rather than rely on a BMI chart and scales we have stripped it back to another level. It is a simple strip of paper that is an effective, non-medical, non-intrusive tool that can also help cut costs associated with treating the condition. We want this to be a tool that is used by care home staff, nurses in the community, and other social care providers across the country, which will make their working lives easier and ultimately help save lives of elderly patients.”

NHS England Guidance – Commissioning Excellent Nutrition and Hydration states that malnutrition affects more than three million people at any one time. Around 1 in 3 patients admitted to acute care will be malnourished or at risk of becoming so, and 35 percent of individuals admitted to care homes will also be affected. In addition, 93 percent of those at risk of, or suffering, from malnutrition will be living in the community.

Last year, it was revealed the number of hospital admissions due to malnutrition had shot up by more than a third in the last five years across Greater Manchester – with similar problems across the whole of the UK.

Elderly people were the most vulnerable to the condition with the greatest number of admissions in the over sixties for men and the over fifties for women.

The cost for disease-related malnutrition for health and social care expenditure is more than £13 billion according to BAPEN, a charitable association that raises awareness of malnutrition, but improving the identification and treatment of malnutrition is estimated to have the third highest potential to deliver cost savings to the NHS.

Support workers at Age UK Salford have piloted the PaperWeight Armband on home visits along with advice on how to stay healthy with a supporting nutrition booklet, and the results showed that service users gained weight, made improvements to their diet and enjoyed eating again.

Chief executive of Age UK Salford, Dave Haynes, said: “There has never been a more urgent need for health care providers and commissioners to act and address the problem of malnutrition. Needless suffering, neglect and inconsistent standards of dignity are unacceptable. Malnutrition is a major cause and consequence of poor health and older people are particularly vulnerable, and Age UK Salford is pleased to be pioneering a new way of helping fight malnutrition with the PaperWeight Armband and we want to work with other social care professionals to improve the lives of older people across the country.”

More than 3,000 armbands have already been handed out in the borough and now the PaperWeight Armband is set to be rolled out across the country, with interest from other healthcare providers.

The PaperWeight Armband is officially launching this week – marking Nutrition and Hydration Week – March 14-18. For more information log on