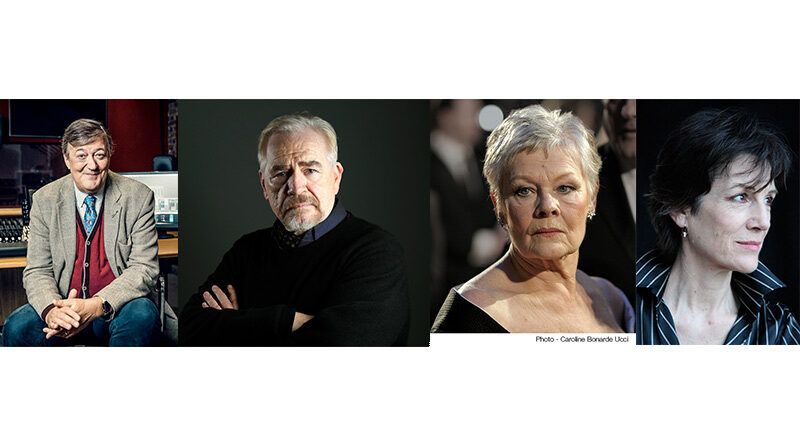 The award-winning actors have thrown their support behind the UK’s leading dementia research charity today (Friday 4 December), as it launches a petition holding the government to account on the commitment made over a year ago.

The government made an election promise to double its investment in dementia research to over £160 million a year, yet there have been no further commitments made publicly and no strategy outlined for investing the money. The launch of the petition comes after the government failed to acknowledge its pledge to support dementia research in last week’s Spending Review.

There are almost one million people in the UK living with dementia today. Despite this, there are currently no treatments to slow, stop or prevent the diseases, most commonly Alzheimer’s, that cause the condition.

While the government has rightly prioritised efforts to combat COVID-19, the charity says the pandemic has highlighted that greater investment in dementia research is needed now more than ever.

COVID-19 has had a disproportionate impact on people with dementia. A quarter of people who have died from COVID-19 in England and Wales also had dementia. The virus has also threatened progress in research, with studies delayed and more than a third (35%) of dementia researchers saying they could leave research altogether because of COVID-19. It’s feared that this could mean the loss of a generation of dementia researchers and years of progress, ultimately delaying desperately needed treatments.

Alzheimer’s Research UK’s mission is to bring about the first life-changing dementia treatment by 2025. While the UK’s leading dementia research charity is facing a drop in income due to the pandemic, it is still investing over £42m into dementia research, across 168 projects. But in order to ensure these existing research commitments can continue, the charity has had to delay awarding any funding for new research this financial year.

“I was forced to witness dementia take hold of both my brother-in-law and my own brother, while knowing nothing could be done to stop it. I don’t want other families to go through this heartbreak, so I’m passionate about doing all I can to help the search for life-changing treatments. But this is a gigantic challenge, and one we cannot conquer alone.

“The UK government has a huge role to play in advancing our research efforts in this critical area and the funding committed a year ago would help ensure we make that progress. But a year has passed, and we are still waiting to see this investment come to light. Sign Alzheimer’s Research UK’s petition today and tell this government we cannot wait any longer. Dementia is not slowing down, so we must speed up our efforts.”

“Having portrayed someone with Alzheimer’s in the film Iris and having seen the impact of dementia on people around me, I’m sadly all too aware of how painful, cruel and unforgiving this condition can be. Not only on the person affected, but their friends and family too, as dementia can turn the relationships we hold most dearly upside down. It is heartbreaking and we must take action.

“A promise was made by government to double its funding for dementia research, to help bring an end to the long and desperate wait for a new treatment. With that vow came hope for everyone affected by dementia. But that hope is fading while government fails to deliver the funding so greatly needed. We cannot let this commitment be forgotten. Please stand with us and hold government to account on its promise by signing Alzheimer’s Research UK’s petition today.”

“One in three people born today will develop dementia in their lifetime unless life-changing treatments are found. Tragically, this puts into sharp focus the urgency to increase investment in dementia research today, so we can stop this frightening statistic from becoming tomorrow’s reality.

“We place such huge faith in scientists and research to achieve the impossible and transform our lives. On so many occasions, they have delivered, with astonishing success. With the right investment, scientists will make the breakthroughs we so desperately need for people with dementia. Government made a promise to accelerate these efforts when it pledged to double funding for dementia research. Now we need to ensure government delivers on this promise, so please sign Alzheimer’s Research UK’s petition.”

“Both my parents had dementia and it was hard to believe that there were no treatments available then to stop, or at the very least slow down, what was happening to them. Years on, that’s tragically still the case for people with dementia today. As a society, we have a responsibility to change the outlook for people living with this condition and our government has an important role to play.

“The investment promised a year ago by government would go a long way in helping scientists to better understand dementia and, hopefully, find the answers we need to cure it. But worryingly, we now find ourselves in a position where there is even less funding for dementia research, and instead of capitalising on the progress that’s been made, we’re at risk of further delays. I do not want other families to go through what mine did, so please urge government to deliver on its election promise and sign Alzheimer’s Research UK’s petition.”

“The government’s pledge was critical for people affected by dementia, but the failure to include dementia research in its latest spending plans is a devastating blow for all those waiting on life-changing treatments. This week’s vaccine news proves just what can be achieved for major health conditions, with the right investment in research. Unless the government urgently delivers on its promise to double its funding for dementia research, we are at risk of undoing all the progress we’ve made, and this is unacceptable.

“We understand COVID-19 has posed huge challenges for our society, but we cannot turn away from the enormous challenge of dementia. The need for greater investment has never been more urgent, particularly as people with dementia have been some of the hardest hit by COVID-19. We are honoured to have Dame Judi Dench, Stephen Fry, Brian Cox and Dame Harriet Walter standing with us and propelling this issue into the spotlight. We’d be so grateful to everyone who signs our petition.”