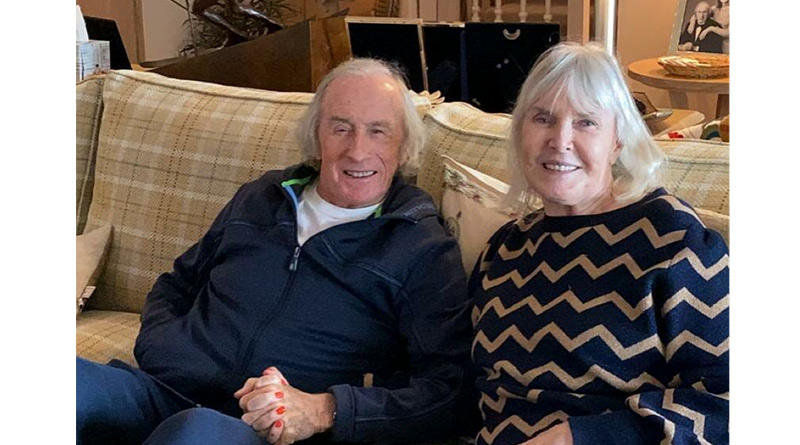 Designed to power outstanding early career scientists in their pursuit of innovative solutions to the big questions in dementia research, the second round of the successful scheme will give researchers unique access to development opportunities, including a mentorship from figures in the world of Formula One racing.

Almost one million people in the UK are living with dementia, and over half of us know someone affected by the condition. Three-time Formula 1 World Champion, Sir Jackie, founded Race Against Dementia after his wife of 57 years, Lady Helen Stewart, was diagnosed with frontotemporal dementia – a rarer form of the condition.

People with dementia experience symptoms such as memory loss, confusion, personality changes and gradually lose the ability to manage daily life. Sadly, it has also become clear that people with dementia are more at risk of experiencing severe effects of COVID-19.

Sir Jackie’s charity applies the principles and expertise that have spurred incredible innovation in the fast-paced world of Formula 1. In 2018, Sir Jackie partnered with the UK’s leading dementia research charity, Alzheimer’s Research UK, to identify early-career scientists with the most transformational research ideas.

Three projects were funded and now, Race Against Dementia is back, investing £1m in further projects.

Sir Jackie And Helen founder of Race Against Dementia said: “Living with my wife, Helen, during the COVID-19 pandemic has been a blessing in disguise as we have spent some time together away from the busyness of life. But it has also been hard seeing how she has been affected by her condition. Dementia strips so much away – there was a time when Helen was razor sharp, and I know first-hand just how heart-breaking dementia is for so many.

“It’s becoming increasingly apparent that the toll on people living with dementia during the COVID-19 pandemic is profound. Dementia was already one of the great medical challenges we have to overcome, and with the virus exacerbating an already dire situation, the need for breakthroughs has never been greater”.

Sir Jackie added:“Supporting early career dementia scientists is vital to energise the dementia research field. Race Against Dementia has already funded three projects with Alzheimer’s Research UK, and a further project with The Mayo Clinic. They are all progressing marvellously, but we are not done yet, which is why we are putting even more money into this and calling for more researchers to come to us with ideas.”

The Race Against Dementia Fellowships will harness the ambition and innovation of a new generation of scientists and provide them with funding, support, and inspiration to radically accelerate dementia research. The call for researchers is open and potential applicants should visit alzres.uk/RAD-fellowships