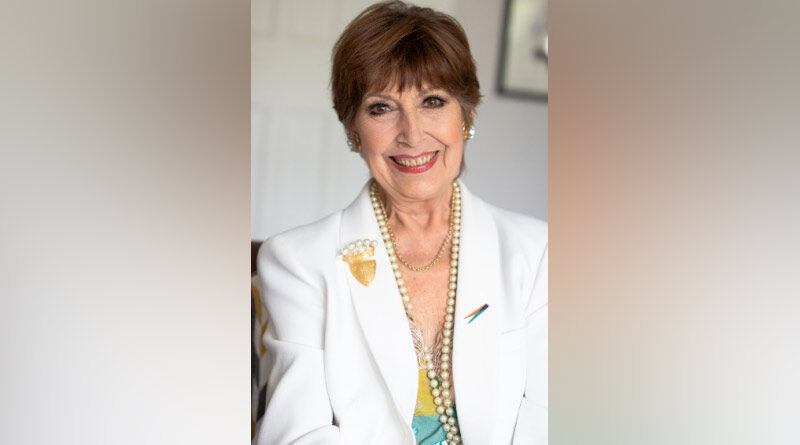 Singer, actress and entertainer Anita Harris has revealed that her husband of nearly 50 years, Mike Margolis, is living with Alzheimer’s disease.

Artist, writer and record producer Mike, who has been by Anita’s side since becoming her manager in the 1960s, was diagnosed in 2015.

Anita has decided to go public with their experiences to raise awareness of the disease and support for the UK’s leading dementia research charity, Alzheimer’s Research UK.

Anita, whose career spans over six decades and is best known for her recording of Just Loving You and starring in two Carry On films, Follow That Camel and Carry On Doctor, said:
“For those of us who have a loved one going through the different stages of dementia, the pain is overwhelming. But if through sharing my darling Mike’s journey I can help even one family from ever having to take on these challenges, then my purpose will be served.

“We must never lose hope and that’s why I’m proud to have become a supporter of Alzheimer’s Research UK. Their drive to find a cure is vital and inspirational and I truly believe that one day, a cure will be found.”

Anita added:
“Mike knew early on that he was losing something of himself and following his diagnosis, he would ask what was happening to him. But he used his sense of humour to put people at ease, making light of our fear that his memory was slipping away.

“Mike got COVID-19 and spent four weeks in hospital, and we nearly lost him four times. By the time he came home, everything was exacerbated and, as so many people know, that agonising decision for nursing care had to be made. Mike’s now getting professional care in a lovely nursing home, but how I miss those hugs and the power of his support. Every evening I put him to bed and tell him I love him. We celebrated our 49th wedding anniversary in May and I count our blessings for all our years of togetherness.

“While it’s hard to talk about, I know how important it is and I want to do everything I can to raise awareness and funds for Alzheimer’s Research UK. It’s only through sharing our experiences and supporting causes like this that we will end the heartbreak diseases like Alzheimer’s cause, and I’m proud to play my part.”

Earlier this month, a lunch celebrating Anita’s 60-plus years in showbusiness helped raise over £6,000 for the charity. The guestlist included a who’s who of the entertainment industry, including entertainer and presenter Debbie McGee, comedian Freddie Davies, singer Tony Christie, Emmerdale stars Liam Fox and Bhasker Patel and fellow Alzheimer’s Research UK supporter and quizzer Anne Hegerty.

Hilary Evans, Chief Executive of Alzheimer’s Research UK, said:
“We are honoured that Anita has entrusted us to help share hers and Mike’s story. It takes incredible bravery to discuss something that’s had such a devastating impact on their lives, and we’re so grateful that she’s helping to drive awareness in this way.

“We’d also like to thank Anita for fundraising for us at her recent event celebrating an illustrious career in showbusiness. These funds will help bring us one step closer to overcoming the diseases that cause dementia.”