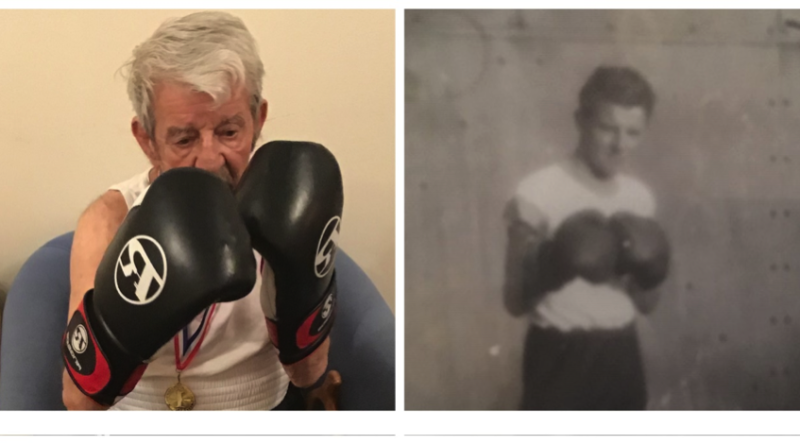 What an incredible 16 days of events and activities RCH Care Homes have had as part of their #RCHOlympians Campaign!

Not even the cancelation of the Tokyo 2020 Olympics, lockdown or a global pandemic could stop the Cambridgeshire, Bedford, Essex and Kent based homes from coming together in a fun series of sporting and Olympic themed events over the last 16 days.

One of the campaign’s aims was to highlight the active lifestyles on offer in the homes, a lifestyle which encourages and enables residents to continue their passions and interests and which helps them receive the many benefits of remaining active as they age. Given the last 5 months, the campaign’s other aim to simply bring residents and staff from all departments together to share stories, create memories, and to enjoy moments of fun, laughter and lightness was a huge success – the RCH Teams aka #RCHRockstars and residents across the Group’s Dementia, Residential and Nursing Care Homes took up the baton, rising to the challenge to make the campaign a gold winning success and to mark the RCH Olympians place in history. 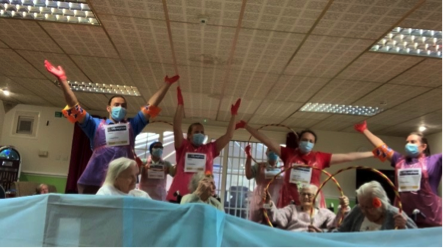 Orchard House Care Home (Wisbech) and its Manager Maxine Bain were extremely proud to be kick off the campaign with a spectacular alternative Opening Ceremony, “As part of the celebration of the Olympics, residents and staff wanted to host their version of an Opening Ceremony: it provided a wonderful lead in to the following two weeks, spirits were high and there was lots of laughter and cheer throughout the day. The flags used during the parade represented the diverse nationalities within the home of residents and staff alike.”

Following the ceremony, a calendar of sporting and active events was held throughout the homes and included, but was not limited to, wheelchair badminton and tennis, basketball, virtual shooting range, bowling and various chair-based exercises – all of which showcased the active lifestyle promoted within the homes. No sporting event would be complete without a medal ceremony to accompany it and residents took great pride in receiving their medals as the days progressed. 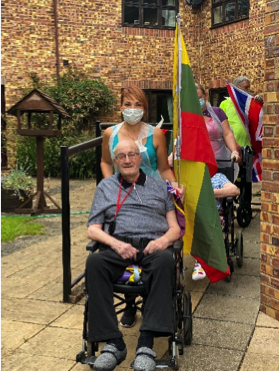 A particularly special moment came when Withens Nursing Home took part in a dry land synchronised swim! The video featuring residents and staff was choreographed by the home’s Activity Co-Ordinator Sara, “Team Withens synchronised swim brought fun and lots of laughter for both our residents and staff. The RCH Olympians campaign has been a great way of enabling residents to have some much-needed fun and we are doing our very best to bring joy and laughter into their lives. The Withens Team are a great bunch, I feel very lucky because, no matter what crazy task I ask them to do, they are always up for anything to make our residents happy!” Residents Eileen and Mavis who were part of the Synchronised Swim team said “Today has been lots of fun, we’ve had a lovely day together”.

Romford Care Home and Brentwood Care Centre took part in a Great Olympic Bake Off. Chefs Pauline, Adam and Claudia designed outstanding and incredibly delicious Olympic themed cakes, which would rival the ‘Queen of Baking’ Mary Berry herself. Judged by the residents who thought both cakes worthy of a ‘Paul Hollywood’ handshake, the cakes were devoured in quick succession.

RCH Care Homes are proud of providing person-centred care, and so the interesting sporting stories which were uncovered during the campaign helped form a book of Sporting Heroes where residents held photoshoots and recreated their own sporting moments which were dear to their heart. From a secret wish to be a boxer to discovering a former professional wrestler, the breadth of talent and love of different sports was readily apparent throughout.

Not content with just recreating their own special sporting moments, residents and staff had immense fun dressing up and posing for photoshoots of famous Olympic moments as a homage to the Olympians who have already made their mark on history – poses such as the ‘Mobot’ and ‘Lightning Bolt’ were just the tip of the iceberg of what was created during the two-week campaign.

With such a great Opening Ceremony, RCH’s Olympians were determined to have an equally memorable alternative Closing Ceremony to wrap up the campaign, and so thoroughly enjoyed creating a virtual Team Relay race between the homes. 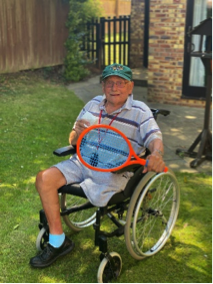 As RCH Care Homes cross the finish line, the campaign’s success can be measured in the many special photographs, videos and comments from residents and staff, and how everyone is still talking about their events even days later. Janet, a Laundry Assistant, commented, “This was a great way to lift everyone’s spirits. We had so much fun creating our own entertainment, the residents thoroughly enjoyed it!”, which was echoed by resident Doris who remarked “I’ve loved it!”

RCH are dedicated to raising the bar, rolling out an evolution in the provision of residential, dementia nursing care which is truly person-centred and encompasses our ethos of “Where our family cares for your family”.

Unlike the Olympic flame, RCH’s commitment to promoting and supporting their residents to continue their passions and interests as part of an active based lifestyle where age is not a limitation or obstacle will not be extinguished.