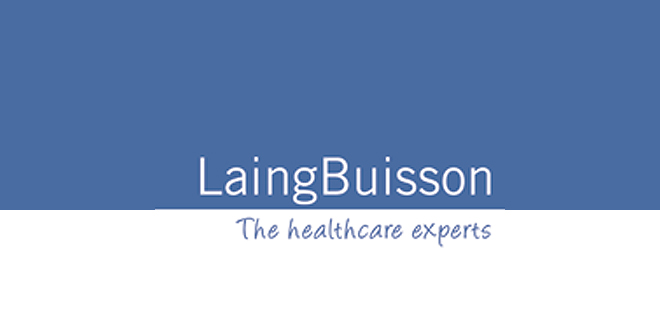 Having pulled through the 2011 halt in growth caused by the NHS commissioning response to the post-global credit crisis downturn in government spending, UK independent mental health hospitals have now seen a third successive year of healthy growth according to the latest unique data from LaingBuisson.

Following over 4% growth in calendar years 2013 and 2014, latest research published in Mental Health Hospitals & Community Mental Health Services states that this will be matched in 2015, being driven by both volume of demand as well as inflationary price adjustments.

The global addressable UK market, consisting of publicly and privately paid mental health hospital treatment plus NHS primary and community mental health services (but excluding privately paid psychotherapy, counselling, etc. for which no data are available) was estimated at £15.9 billion in 2014/15. Of this, the independent sector’s share was £1.4 billion (8.5%). Looking at the mental health hospital segment only, which is where nearly all independent sector activity is focussed, the addressable market value was £4.27 billion in 2014/15 and with £1.3 billion of hospital revenue, the independent sector has a much higher market share (29%) of this more limited market.

An estimated 87% of all independent mental health hospital revenue was paid by the NHS in 2015, 6% by PMI and 7% by self-payers and others. The report therefore shows that the independent market is highly dependent on continued NHS outsourcing, to the tune of £1.1 billion of its total revenue of £1.3 billion revenue in 2015.

Writing in this long awaited update on this highly specialist market, author William Laing explains that the market leader by far is now the US-based Acadia Healthcare group which following its acquisition of Partnerships in Care in 2015, hit the headlines again just last month when it bought the well-known Priory Group. This second acquisition has given Acadia an overall 32% share of independent sector capacity and a 35% share in independent sector market value in 2014. The latter statistic is set to rise further when 2015 and 2016 accounts become available

Looking ahead to the future prospects of the mental health sector, LaingBuisson analysts considers that changes in the level of NHS in-house capacity will be the key determinant of demand for outsourced, independent sector services going forward – and given the political desire to reduce institutionalised NHS care facilities this is set to mean good news for independent providers.

However, not all is plain sailing, with research hinting that greater demand risk is within assessment and treatment centres for learning disabled people could be a rather rockier road.

In the wake of the Winterbourne View scandal, NHS England has now produced a detailed plan to implement closure of inappropriate hospital capacity for people with learning disabilities and challenging behaviour, a task which has hitherto proved difficult to achieve despite very strong public policy support for finding alternative community based care settings.

While on the face of it, the report states that that this could be seen as a major threat to those independent sector hospitals which are invested in facilities for the treatment of patients with learning disabilities, which currently generates annual revenues of about £160 million, it goes on to outline how the likelihood is that NHS in-house facilities will bear the brunt of downsizing because of the widespread recognition that the only way to achieve the difficult task of re-provision is to close unwanted facilities.

Since NHS England cannot require the closure of independent sector capacity it is likely that the closure programme will be focused on NHS in-house in-patient provision for learning disabled people. On this premise, LaingBuisson expects that perhaps a quarter or less of NHS outsourced hospital treatment for learning disabled people is at risk from the NHS England re-provision programme, rather than the half or more suggested by the headline numbers in the NHS England plan.

‘The positive prospects for NHS mental health funding over the next five years mean that independent mental health operators will not face commissioners under extreme pressure to contain costs (as has been the case recently for social care providers faced with cash strapped councils), but there will be no return to the benign NHS financial environment enjoyed prior to the global credit crisis.

‘Continuing pressures of demand from population expansion and ageing, as well as advances in medical technology, mean that the NHS will continue to seek efficiency savings, to which independent sector mental health providers will be expected to respond alongside in-house providers.’