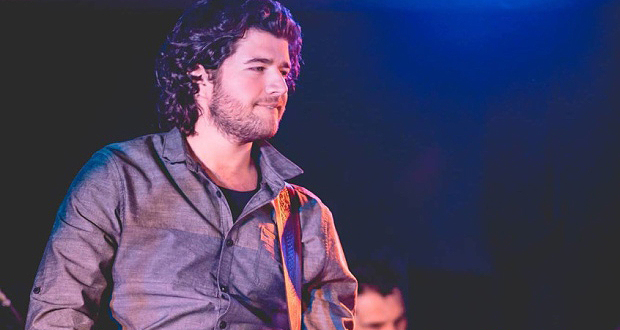 Singer-songwriter Rupert Stroud is putting his musical talents to good use this April by throwing a special concert to raise funds for Alzheimer’s Research UK, the UK’s leading dementia research charity.

The concert, which will be held at The Wardrobe in Leeds on 16 April, is an opportunity to enjoy a live performance from Leeds-born Rupert, who now lives in Ilkley. There will also be appearances from some exciting special guests with all profits being donated to Alzheimer’s Research UK, to help power research into diagnosis, prevention and treatments for dementia.

The 28-year-old’s indie-rock sounds have attracted a strong following and seen him open concerts for the likes of Texas and James Blunt. He is currently writing and recording his third album, after his last, Chasing the Night, received critical acclaim. His Talk to You EP, which was released last spring, reached number 11 in the iTunes singer/songwriter charts, sitting comfortably between Ed Sheeran and Ben Howard.

Rupert’s inspiration for supporting Alzheimer’s Research UK is his grandma, Eileen Heyes, who died in 2009 after a long struggle with Alzheimer’s disease. She was 87 when she passed away, having spent the last four years of her life in a care home. She was bed-bound, could not talk and could no longer recognise her family.

In 2012, Rupert released a charity single, Always, as a tribute to his grandma. The proceeds from this also went to Alzheimer’s Research UK, and he has raised thousands of pounds for the charity so far.

“My grandma was one of the sweetest souls you could ever meet – we were very close. She was such a beautiful and talented woman, but Alzheimer’s slowly stripped away every facet of her. It was a very traumatic time for our family as we watched helplessly while she gradually became unrecognisable as the vibrant and happy woman she had once been.

“This event in Leeds is the first in a series of fundraising concerts I’m planning in aid of Alzheimer’s Research UK. Seeing my grandma slip away opened my eyes to the need for funding research into this cruel disease. I am convinced that with continued research into dementia, we will find more effective treatments and ultimately a cure for this dreadful condition.”

Rupert Stroud has garnered a lot of radio support, from stations including BBC Radio 2, BBC 6Music, NME and Q Radio. He hopes to use his music’s popularity to raise more awareness of dementia.

“We’re so grateful to Rupert for organising this fantastic concert. When one in three people over 65 will die with some form of dementia, it’s imperative that we do all we can to beat it. The money raised from this night will help us to fund pioneering and much-needed studies into dementia research.”

Tickets to see Rupert Stroud at The Wardrobe, Leeds, range between £10 and £20 and can be purchased from www.rupertstroudmusic.com or www.lunatickets.co.uk. For further information about Alzheimer’s Research UK, or to find out more about fundraising for the charity, call 0300 111 5555 or visit www.alzheimersresearchuk.org.