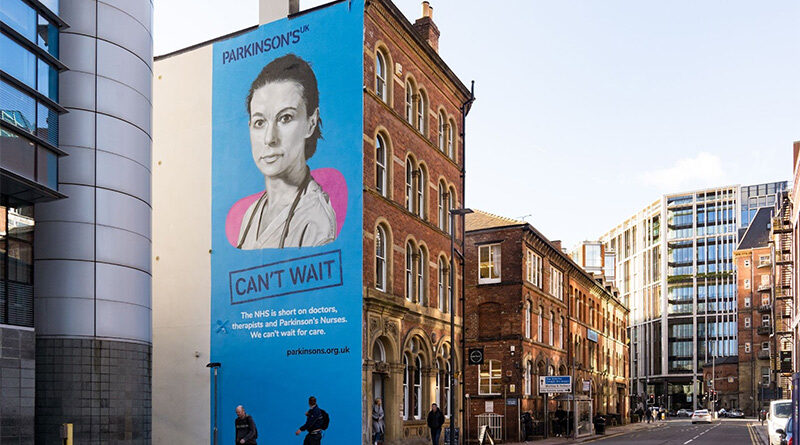 People with Parkinson’s are waiting YEARS for care due to the NHS workforce crisis – and a lack of essential data is hiding the true scale of the problem.

Today Parkinson’s UK has launched its Can’t Wait campaign, as it reveals how severe staff shortages are impacting care in England.

Damning analysis by the charity has revealed a ‘data black hole’, with the NHS’s monthly workforce statistics only giving an overview of the numbers of doctors and surgeons listed by speciality.

The figures are also not broken down by local area and aren’t mapped to the current or projected demand. Only around 10 percent of the workforce, the figures for doctors and surgeons, is broken down by specialty .

This lack of transparency on NHS workforce numbers means the UK government is not being open with the public about the true scale of the workforce crisis.

The NHS Vacancy Statistics data set provides totals of the number of advertised vacancies by job type, care setting and region, but again, does not include speciality.

Today the charity is calling for the Secretary of State for Health and Social Care to produce a fully-funded workforce strategy – saying an increase in numbers are desperately needed to improve clinical care. This includes the publication of detailed data on the NHS workforce, with projections of staff numbers needed to meet future demand. This is something the current Chancellor, The Rt Hon Jeremy Hunt, previously called for as Chair of the Health and Social Care Select Committee.

The analysis by the charity has found that NHS staffing levels have been so low that patients are often waiting years to be seen by health professionals, while their symptoms deteriorate. Their analysis has found there is a shortfall of approximately 100 full-time equivalent Parkinson’s specialist nurses across the UK.

Access to services was patchy prior to the pandemic, with only 66% of people with Parkinson’s having access to a physiotherapist, 54% having access to an occupational therapist and 48% to a speech and language therapist. This demonstrates how health services were ill prepared when the pandemic hit, with cancelled appointments and limited access to services. Eight in ten people with Parkinson’s saw their symptoms deteriorate at a faster rate than would be expected in that period.

Sara Hazzard, Assistant Director at the Chartered Society of Physiotherapy (CSP), said: “Access to high quality physiotherapy is critical for the quality of life of people living with Parkinson’s but too often people miss out because community rehab services are either unavailable or poorly resourced.

“This further entrenches health inequalities. We at the CSP join with Parkinson’s UK to call on the government to urgently deliver a workforce strategy. With only 66% of people with Parkinson’s being able to access physiotherapy, we need to ensure there are enough physiotherapy staff to meet the needs of patients.

“It’s essential for workforce issues to be addressed and standards to be enforced if we are to ensure those living with Parkinson’s receive the care they need, when they need it and in a location that works for them.”

Parkinson’s UK has heard horrifying stories from families who have struggled to get support from health services for loved ones. One patient hasn’t seen a neurologist in two years, and a lack of appointments have led to crippling anxiety and poor health.

Parkinson’s is the fastest growing neurological condition in the world and currently there is no cure. There are over 40 symptoms associated with Parkinson’s, which range from tremor and pain to anxiety. Parkinson’s UK says this requires an integrated multidisciplinary approach to care, seeking expert input from a range of specialities.

Sam Freeman Carney, Health Policy and Improvement Lead at Parkinson’s UK, said: “It’s appalling that there is so little publicly available official data on the NHS workforce in England. Without publishing this missing data, little progress can be made on improving access to care for people with Parkinson’s.

“We are calling for the UK Government to grow and upskill the Parkinson’s workforce to better support people with the condition. Like others across the sector, we strongly believe there must be greater transparency by publishing detailed data on the current and future projections for the health and care workforce.

“We also want to see change locally. Integrated Care Boards should set out in their plans how they will close the gaps in their Parkinson’s workforce and roll out training to improve understanding of the condition among health professionals, to deliver the high quality care people with Parkinson’s need.”

For further information about the campaign, visit https://www.parkinsons.org.uk/get-involved/cant-wait