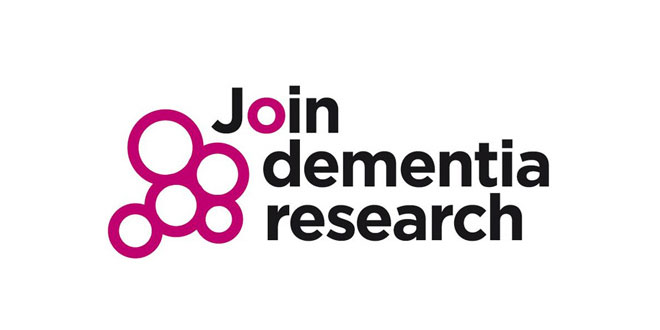 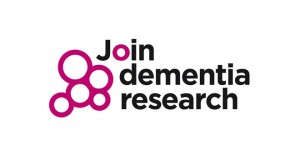 People affected by dementia, particularly those in the early stages of the condition, are being urged to consider volunteering for research, to help vital new studies get off the ground.

The call comes exactly one year on from the launch of a groundbreaking new service – Join Dementia Research – which allows people with and without the condition to find research studies in their area. While Join Dementia Research has seen a great public response – with almost 16,000 people signing up in its first year – only around one in 10 of those currently registered with the service have a diagnosis of dementia and more people with diseases like Alzheimer’s are being asked to come forward.

Only one in three dementia research studies recruit enough volunteers within a year1 and this challenge can significantly slow down the progress being made towards better care, new treatments and ultimately a cure. Join Dementia Research was launched on 24 February 2015 as part of the Prime Minister’s Challenge of Dementia – working towards increased numbers of people with dementia participating in research. The national online and telephone service (www.joindementiaresearch.nihr.ac.uk) is funded by the Department of Health and delivered in partnership with the National Institute for Health Research, Alzheimer Scotland, Alzheimer’s Research UK and Alzheimer’s Society.

Dementia affects 850,000 people in the UK and this figure is expected to rise to over one million by 2021. Taking part in research allows people with dementia to learn more about their condition and feel they are contributing to the effort to find treatments for it in the future.

Wendy Mitchell, 50, with early-onset dementia, is taking part in a study aiming to determine whether an antibiotic is effective in reducing the rate of cognitive and functional decline over a two-year period. Wendy said:

“Being involved in research makes me feel valued. When you’re diagnosed with a dementia there’s not a lot you can do but develop coping strategies to outmanoeuvre the disease. However taking part in research makes me feel as though I’m doing something which might help stop my daughters feeling the same inevitability a diagnosis currently brings. And research doesn’t just mean clinical trials. Social research is equally important for finding the best ways to live for those of us already diagnosed”.

“I have enjoyed taking part in the study and love being involved in research. I am well looked after, I have interesting discussions, I gain an insight into the latest theories, I am aware of the latest results and it keeps my brain active. I also have a better understanding of my disease progression than I would otherwise have”.

There are currently 69 research studies on Join Dementia Research including over 40 specifically looking for volunteers with dementia or memory problems. More than ten large drug trials are testing potential new treatments for dementia, including a trial of the diabetes drug liraglutide in people with Alzheimer’s disease, which was able to reverse memory impairments in earlier animal studies. Other projects currently looking for participants include a study identifying genetic risk factors for Alzheimer’s disease, a study investigating what helps people to live well with dementia; and a study testing online brain training in people over 50 who do not have dementia.

“I am delighted that so many people have signed up to Join Dementia Research in its first year and are now taking part in potentially life-changing studies. Positive action like this is exactly why we invest £1 billion each year through the National Institute for Health Research.

“But I hope this is the only the beginning, and would encourage more people, especially those with dementia, to join this vital service so they too can help in our fight against this condition”.

“It has never been more important for us to encourage and support members of the public to participate in dementia research. Alzheimer Scotland’s freephone Dementia Helpline can help people sign up over the phone, in addition to the Join Dementia Research website. It is only through research that we will better understand this illness.”

“Join Dementia Research is already showing its potential in making the UK one of the best places in the world to conduct cutting-edge dementia research and providing a variety of opportunities for people with the condition to engage with the latest developments. It’s really important to spread the word about the service to provide everyone with dementia, and their loved ones, the opportunity to get involved.”

“Research is essential for us to make progress towards new dementia treatments and better care, but it can also empower people with dementia and their families to learn more about the condition and benefit from extra support. For more information or to get help signing up, call Alzheimer’s Society’s National Dementia Helpline.”

Join Dementia Research is open to anyone over the age of 18 and people can act as a representative to register a loved one, including someone who has dementia who may find it difficult to register themselves or manage their own account. Approved researchers looking for study volunteers can then use the service to look for people who match their study criteria and contact them to see whether they are interested in taking part. So far over 4,600 people have already taken part in research studies across the UK.

Anyone interested in volunteering for dementia research can sign up to Join Dementia Research online at www.joindementiaresearch.nihr.ac.uk or by contacting the charity helplines: Alzheimer’s Scotland 0808 808 3000, Alzheimer’s Research UK 0300 111 5 111, or Alzheimer’s Society 0300 222 1122.