Council tax rises to pay for social care in 2016/17 will not bring in enough money to alleviate the growing pressure on the vital services caring for our elderly and disabled, the Local Government Association warns today.

The LGA said nine in 10 councils in England are considering or have approved plans to raise £372 million for underfunded social care services in 2016/17 by using new powers to increase council tax by 2 per cent.

All councils can raise council tax by up to 1.99 per cent next year to fund local services without the need for a referendum – most district councils can increase by £5 at Band D level.

Councils have long called for greater flexibility in setting council tax. As a result, the Government announced as part of the Spending Review that England’s 152 social care councils – responsible for caring for the elderly and vulnerable – can increase council tax by up to a further 2 per cent (up to 3.99 per cent in total) in 2016/17. Income from this extra precept must be spent on social care services.

Town halls across the country will be setting their final budgets and council tax levels over the next few weeks. After years of funding pressures, many councils – including those who have frozen council tax for years – say they are unable to turn down the chance to raise desperately-needed money for social care next year.

Analysis by the LGA reveals:

143 of these 152 social care authorities are considering or have approved introducing the extra social care precept in 2016/17 – this would raise £372 million to pay for social care services. England’s 152 social care councils will receive £2.5 billion less core Revenue Support Grant from central government to run local services in 2016/17.

The majority of this extra £372 million income might have to spent covering the cost to councils of introducing the Government’s National Living Wage from April. The LGA has estimated it would cost England’s 152 social care authorities at least £330 million to cover increased costs to home care and residential care providers in 2016/17 as a result.

Council leaders warn council tax rises are unlikely to prevent the need for continued cutbacks to social care services and avoid consequences around the quality and availability of care for older and disabled people. Councils will also have to continue to divert more money for other local services, including filling potholes, maintaining our parks and green spaces and running children’s centres, leisure centres and libraries, to try and plug growing social care funding gaps.

Council leaders are therefore calling for the Chancellor to use his Budget next month to – at the very least – bring forward the £700 million of new funding earmarked for social care through the Better Care Fund by the end of the decade to 2016/17. 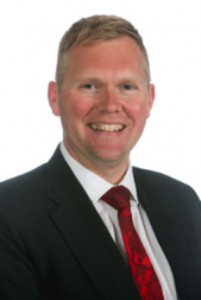 “The Government expects local authorities to raise council tax by nearly 4 per cent next year, including a 2 per cent precept to pay for under pressure social care services. With no council tax freeze grant next year, a government funding settlement that assumes council tax increases and growing funding pressures, many councils feel they have no choice left but to put up council tax.

“After years of striving to keep council tax as low as possible or frozen, town halls find themselves having no choice but to ask residents to pay more council tax over the next few years to offset some of the spiralling costs of social care in 2016/17. At the same time, they are warning communities that despite council tax rising, the quality and quantity of services on offer could drop, as the income will not be enough to offset the full impact of further funding reductions next year and with the National Living Wage bringing a significant further cost pressure from April.

“Councils will continue to do all they can to maintain the services that older and vulnerable people rely on but services supporting the elderly and disabled are at breaking point. It cannot be left to council taxpayers alone to try and fix them.

“Vulnerable members of the community still face an uncertain future next year where the dignified care and support they deserve, such as help getting dressed, fed or getting out and about, remains at risk. Vital social care services will increasingly be unable to help ease the growing pressure on the NHS and the threat of a care home crisis is still very real.

“That is why, at the very least, the planned £700 million of new funding from the Better Care Fund should be brought forward to 2016/17 in order to help alleviate growing social care pressures.”