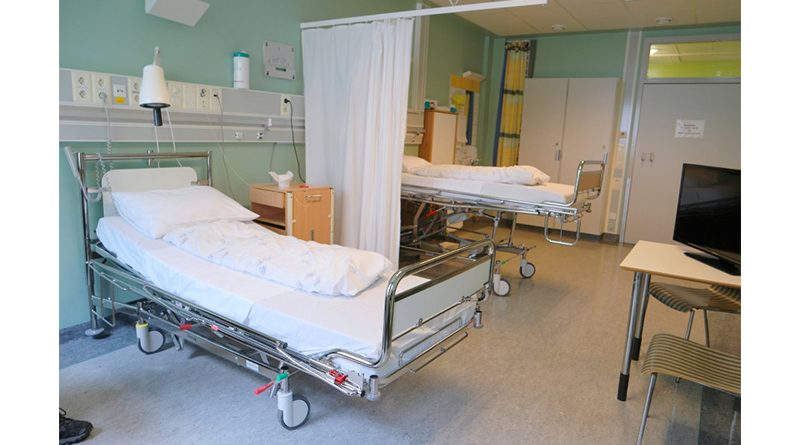 People who are ready to be discharged from hospital risk end up staying longer than needed – with risks to their wellbeing and triggering treatment delays for other patients – if vital additional funding is not confirmed this month.

Since April, people in hospital have benefited from an extra £600 million of funding that has enabled more investment in community services, which has led to more people being treated in or close to their homes.

The new approach – discharge to assess – guarantees four weeks of care support for each discharged person, funded centrally. People can leave hospital as soon as they are medically ready, freeing up vital capacity. Alongside the NHS, social care and their families, patients then have a full four weeks to finalise longer-term care arrangements.

However, with the funding coming to an end in October, the NHS Confederation, NHS Providers and a range of national organisations have written to the Secretary of State for Health and Social Care and the Chancellor, urging them to avoid a “cliff edge” in care, as these services will need to be stood down unless a decision is made to extend the funding.

The approach has already helped to free up 30,000 hospital beds, and 6,000 staff, including 4,000 frontline nurses. It has cut down the proportion of people staying in hospital for more than three weeks by almost a third.

It has provided vital, stable funding to fragile social care providers and supported more people to live well at home and, with better use of short-term recovery services, it has meant reduced need for formal care and support packages.

For people in hospital, it has cut recuperation time and avoided the increased likelihood of physical and mental deterioration and lost independence associated with longer hospital stays. It has helped reduce the risk of hospital-acquired infections, including COVID-19.

With the NHS still awaiting its budget for the second half of the year, extra beds in rehabilitation centres and additional staff for home visits risk being scaled back or cut entirely if the discharge to assess funding isn’t matched for the next six months from October. This will result in more people who are medically fit for discharge staying in hospital for longer than needed.

Matthew Taylor, chief executive of the NHS Confederation, said: “This funding has been instrumental in moving patients out of hospital as quickly and safely as possible so that they can be cared for in or closer to their homes, and also so that more patients can benefit from beds that would otherwise be occupied.

“The interaction of health and care systems is complex and can be controversial, but this is an approach that has been proven to work. With the NHS facing a mammoth backlog of care and with the Government committed to unveiling a comprehensive social reform package in the autumn, this is surely not the time to be cancelling an initiative at the boundary of health and care that has worked so well.”

Chris Hopson, chief executive of NHS Providers, said: “Everyone knows that discharge to assess funding has been vital in enabling more medically fit patients to be discharged quickly and safely from hospital into their own homes or more suitable community services. Failure to continue this will result in a cliff edge that is likely to lead to an increase in average length of stay in hospital, delayed discharges and avoidable readmissions – all of which are costly to the public purse and to individuals and their families. This is a decision the Chancellor has to make, or we risk leaving more patients stuck in hospital when they don’t need to be.”

Alongside the NHS Confederation and NHS Providers, the letter has been signed by Healthwatch England, the British Red Cross, the Local Government Association, and Age UK. The organisations are calling for the £600 million to be matched for the second half of the year, arguing that pulling the plug on the funding will have a knock-on effect on the NHS waiting list for elective care, with 5.3 million people already known to be waiting for treatment.

The letter warns that removing the funding will risk derailing the progress that has been made so far this year in reducing patient length of stay. According to NHS England data, there was a 28 per cent reduction in people staying more than 21 days in hospital between winter 2019/20 and winter 2020/21. The risk is that removing this funding will lead to higher levels of bed occupancy in hospitals, reducing their capacity for elective procedures, all of which would hamper efforts to reduce the waiting list backlog as well as having wide-reaching impacts on the broader health and care system.

The organisations are urging the Prime Minister and the Chancellor to confirm the discharge to assess funding in the coming days so that health and care leaders in England have the time they need to plan their services and ensure contracts are in place in good time.

The funding has been vital in places like Sussex where they have been able to reduce the average length of stay for patients by 37 per cent.