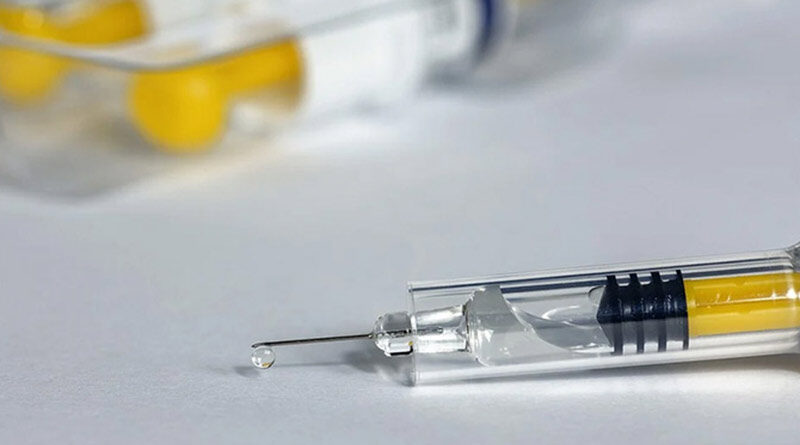 NHS patients from around England have joined health chiefs in pleading with the public to get their flu vaccines after being hospitalised with the virus.

It comes as the latest data shows there were 5,500 patients in hospital with flu last week and more than 9,000 patients with COVID.

The resurgence of flu this winter has meant the NHS has seen a continued rise in flu inpatients, which have soared to their highest this winter with 5,500 people in hospital with the virus last week.

The number of patients with COVID-19 in hospital also rose to an average of 9,390 patients last week, up by almost 1,200 on the week before.

NHS Director of Vaccinations and Screening Steve Russell said: “It is both heart-breaking to hear the stories of those who have been hospitalised with flu and heart-warming that they received such brilliant care from NHS staff and quite possibly had their lives saved by the flu vaccine.

“With hospital cases for flu at their highest yet this winter with 5,500 beds occupied by patients with flu and more than 9,000 patients with COVID last week, the message is clear – anyone who has been invited for a flu vaccine but yet to take it up, should come forward now –  it is not too late and I would urge you to book an appointment at your local pharmacy, GP or via the National Booking Service, as soon as possible”.

Health and Social Care Secretary Steve Barclay said: “There has been a dramatic increase in hospital admissions for flu and we are seeing the highest levels of hospital admissions we’ve seen in at least a decade. There are currently over 5,000 hospital beds a day taken up by flu patients, compared to just 50 this time last year.

“This week, I have visited hospitals and emergency departments to see first-hand the operational action taking place to ensure patients are receiving the right care and I continue to work closely with NHS England to prioritise this issue.

“We are already taking action with up to £14.1 billion additional funding in the autumn statement over the next two years to improve urgent and emergency care, with an extra £500 million to help get fit people out of hospital quicker, freeing up beds and getting ambulances back on the roads.

“If you are eligible, the best thing you can do to protect yourself and ease pressure on the NHS is to join the 19.9 million people that have had their vaccine”.

Those eligible for the flu jab include all people aged 50 and over, health and social care workers, people aged six months and over and considered “at risk” due to another medical condition, as well as pregnant women and children aged two and three.

Children are able to receive their vaccination via a nasal spray and are encouraged to get the vaccine to not only protect themselves but reduce transmissions to others at risk.

Flu cases in hospital jumped up by almost a half (47%) last week, as staff in NHS 111 answered a near record number of calls.

New figures for the week leading up to New Year’s Day, showed there were 5,105 patients with flu in general and acute hospital beds, up from 3,479 the previous week.

The NHS has prepared extensively for winter and industrial action, with plans already in place to manage rising demand including around the clock system control centres, additional bed capacity, more mental health support for ambulance services and community falls services.

Those eligible for the flu jab are: