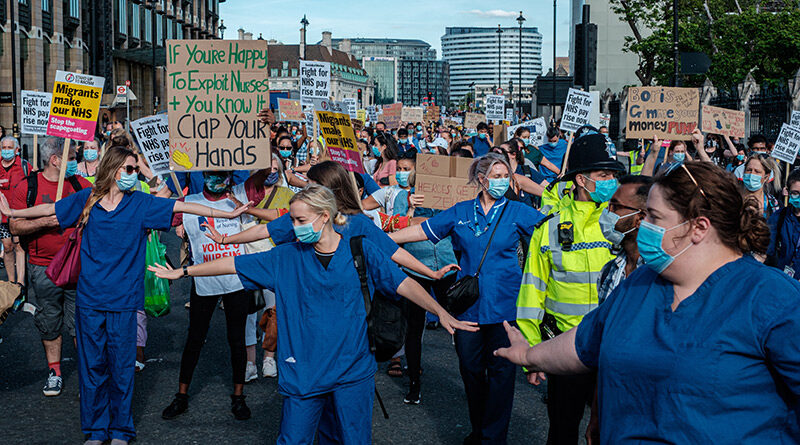 Health and social care workers in Northern Ireland are to join a 24-hour strike planned for later this month in a bid for better pay.

Trade union Unite said that 87% of its healthcare workers across Northern Ireland’s five trusts and the ambulance service voted to take industrial action on 26 January, February 16 ,17 and 23, 24.

The announcement comes as talks as discussion with the UK health secretary failed to make any progress on the 2022/23 pay claim.

In December, Unite members voted with an average 87 percent majority across all five health trusts and the Northern Ireland Ambulance Service for strike action.

“If proof were needed of the determination of NHS workers to fight for a better deal it’s here in the 87 per cent vote recorded in the Trusts in Northern Ireland.

“In the absence of a functioning Stormont Executive, prime minister Rishi Sunak needs to show some leadership, bang some heads together, make sure that we can get back to negotiations and offer NHS workers in Northern Ireland a better deal.”

Lead regional officer for Unite in health in Northern Ireland, Kevin McAdam confirmed the union’s members would be joining the picket lines with members of other health unions with a first 24-hour action set for January 26.

Subsequent strike dates which Unite has notified to employers are February 16 and 17, and February 23 and 24. He said:

“Unite’s nearly 4000 health members in Northern Ireland have returned a 87% rejection of the imposition of a below inflation pay award to health workers in the region.

“In the absence of action to address our members’ pay claim, we have been left with no alternative but to notify employers of strike action.”